Disappointing news today for LEGO fans hoping to get their models turned into official sets, or looking forward to purchasing interesting new models. This morning LEGO announced that they have finished examining all 13 projects which passed the 10,000 vote mark on LEGO Ideas during the first quarter of 2015, and that none of the projects will be moving forward to become official sets. The potential projects included intellectual properties such as Legend of Zelda, Discworld, The International Space Station, a miniature version of Nathan Sawaya’s famous Yellow LEGO sculpture, and the Golden Girls, as well as a brick-built Tyrannosaurus Rex, a model of the Titanic, and a castle-themed market, among others.

LEGO says that each of the models either rely upon IPs whose owners cannot come to an agreement with LEGO, or the models are too closely related to current or future LEGO products, or they would be too difficult to turn into an official LEGO set.

In the one glimmer of hope given, LEGO says they are still considering the previous round’s F7A Star Hornet from the forthcoming crowd-funded video game Star Citizen, though with the caveat that LEGO may still choose to deny this project as well. 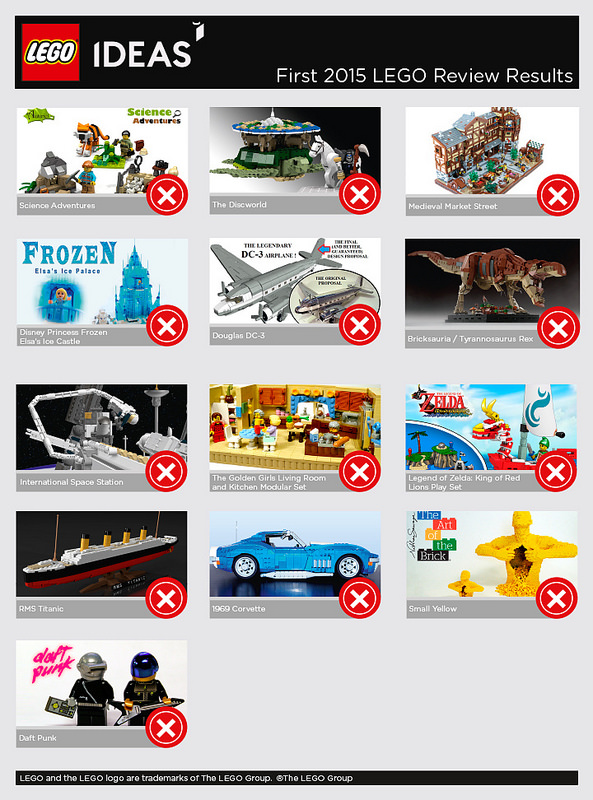 Finally, here are the candidates for the next review round, the results of which are set to be announced in early 2016. 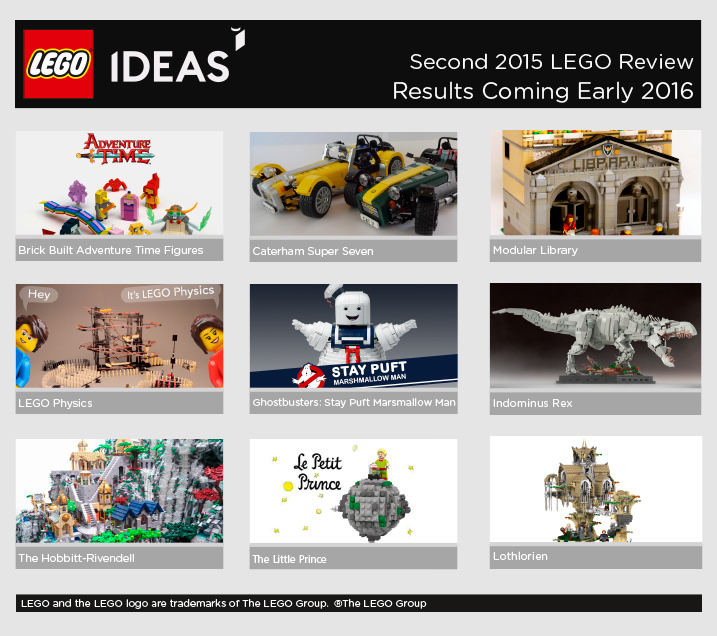