LEGO is usually in the news for positive events — recently it was a tower of the stuff breaking a world record — and even when the news is bad, it’s because everyone wants some of it. But this is a different story altogether.

Chinese artist, political prisoner, and human rights activist Ai Weiwei is known for his strong stance for freedom of speech and other civil liberties in the People’s Republic of China, and this reflects in his work. In September Ai requested a bulk order of LEGO for his studio and a project the studio was working on, and was denied. He quotes the reply stating “they cannot approve the use of Legos for political works” on his Instagram account.

In September Lego refused Ai Weiwei Studio’s request for a bulk order of Legos to create artwork to be shown at the National Gallery of Victoria as “they cannot approve the use of Legos for political works.” On Oct 21, a British firm formally announced that it will open a new Legoland in Shanghai as one of the many deals of the U.K.-China “Golden Era.”

Up until that point this seems to be par for the course: The LEGO Group, a company that produces and sells toys aimed at children and teenagers, has the right to restrict sales of their products freely. It must be noted, however, that Ai could have purchased what he needed through standard retail or secondary market channels, albeit without the discount associated with a bulk order directly from the LEGO Group. This was not clear when The Gaurdian reported on the story, incorrectly stating that he was “banned” from using the product. 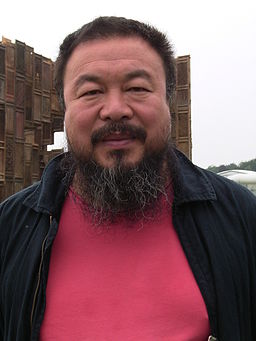 The article, which has since spread and lead to numerous other stories that seem to confuse key details, seems to be the root of the misconception. Strangely, the body copy of the story and the headline are contradictory, as no source is ever given for Weiwei being “banned”.

A day after the original story, The Guardian ran a follow-up which focused on Weiwei receiving a large influx of Lego donations. Again, there is no source citing Weiwei being banned, or how such an incident would be incited or enforced.

We reached out to our contacts at the Lego Group for comment, and they shared the following statement:

The LEGO Group does not comment on the dialogue we have with our customers, partners, consumers or other stakeholders. We acknowledge that LEGO bricks today are used globally by millions of fans, adults, children and artists as a creative medium to express their imagination and creativity in many different ways, including projects that are not endorsed or supported by the LEGO Group. We also respect any individuals’ right to free creative expression, and we do not censor, prohibit or ban creative use of LEGO bricks.

As a company dedicated to delivering creative play experiences to children, we refrain – on a global level – from engaging in in or endorsing the use of LEGO bricks in projects that carry a political agenda. Individuals may obtain LEGO bricks in other ways to create their LEGO projects if they so desire, but in cases where we receive requests for donations or support for projects – such as the possibility of purchasing LEGO bricks in very large quantities – and we are aware that there is a political context, we uphold our corporate policy and decline the request to access LEGO bricks directly.

Based on this additional information directly from LEGO, we can say for certain that The Guardian is incorrect in their usage of the word “ban” and “banned” in their articles, and that Ai enjoys the same freedom to purchase LEGO bricks as every other builder and “LEGO artist” in the world. He has simply been denied the ability to purchase LEGO bricks in bulk quantities at discounted prices directly from the The LEGO Group.

10 comments on “A story of Chinese artist Ai Weiwei, LEGO, and a lot of miscommunication [News]”