Italian builder Priovit70 explains this mashup of The LEGO Movie, Star Wars, and MTV’s Pimp my Ride thusly: “Benny bought on S-bay a used speeder by a certain Rey from Jakku, but it was a downright rip-off. Mr. Robot, in the attempt of cheering his mate up, called MTV and… TA-DAH!!” This isn’t just a straightforward blue recreation of the Rey’s Speeder set from The Force Awakens, but is also a really solid build with some great Classic Space details, like the yellow-black-yellow stripes, gray greeblage, and that pimpin’ Classic Space flag. Benny certainly seems excited by the result, and so am I. 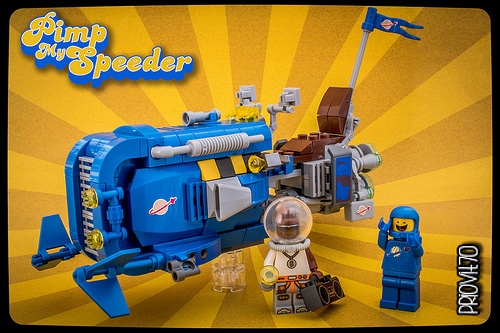