Dave’s primary finding is that the two shades of grey — originally light and dark grey, now known as light and dark bluish grey thanks to a 2004 hue switch by LEGO (see below) — have gradually eclipsed more and more of the spectrum, today comprising around 25 percent of the total parts produced. In the 1970’s, red, yellow, and blue dominated the rainbow, but as the company’s outlook has gotten brighter, so its rainbow has turned darker. My totally scientific and not-at-all-biased research suggests this is indeed the case: 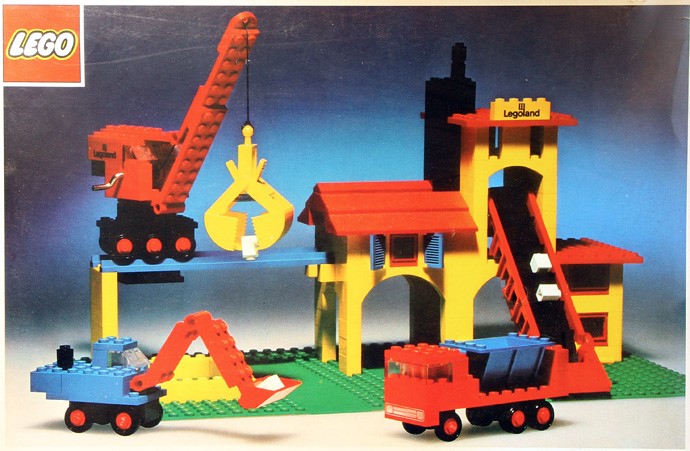 Black has held steady through the years with between 20 and 30 percent, while white increased, peaking in the 1980’s at around 15 to 20 percent, then gradually diminishing again to its current position around 9 percent. Dave also points out the rise of Dark Tan, which just 5 years ago wasn’t visible on the chart, and now occupies a narrow but steadily growing slice of the pie.

LEGO colors can be a complicated matter, not least because there are a lot of them, but also because the fan community and LEGO can’t agree on what to call them. Then compound that with the fact that some dominant colors shifted hue over time as LEGO cleaned up their palette. Brickset lists 141 colors in its database, while Bricklink records 157, though 27 of those are Modulex colors (Modulex was an offshoot of LEGO for use in Architectural models, featuring smaller scale bricks, and no doubt warrants a whole other post some day).

For example, the community has Light Grey and Dark Grey. LEGO called them Grey and Dark Grey. Around 2004 LEGO used feedback from focus groups and a company-wide restructuring to tighten up its color chart and fine-tune a few prominent colors. Most widely known (and much wailed about) were Light and Dark Grey, as well as Brown (what LEGO called Earth Orange) and a few other less common colors. Dark Red also shifted hue later in 2010, but it was such a subtle shift that it went largely unnoticed by fans, and even Bricklink decided not to differentiate between the old and new hues. The new Light and Dark Grey became known as Light and Dark Bluish Grey (often shortened to Light and Dark Bley), while LEGO calls the new colors Medium and Dark Stone Grey. Brown became Reddish Brown, a name upon which, somewhat shockingly, both LEGO and fans agree.

Some fans delight in digging into the intricacies of LEGO color theory. One such is our friend Ryan Howerter, who has written up a fascinating article for New Elementary on LEGO colors, which would provide some great further reading.