Welcome to the second installment of the Week of Wonders: SHIPtember edition. Today we’ll take a look at some of the more unconventional SHIPs that were built during this year’s SHIPtember contest.

Usually ship builders will base their builds on some existing ships, or designs and influences from movies, games or books. Then there are builders that just go a completely different route and create something truly unique. 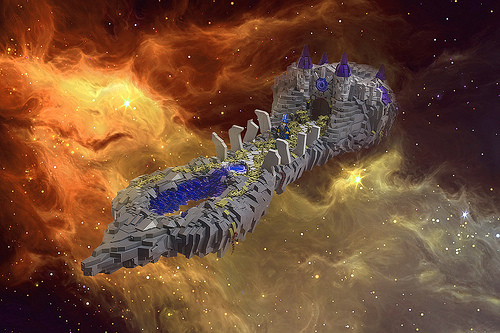 With a combination of fantastic rockwork, integrated castles and volcano engines, the Wizard Chris has managed to create a believable magical flying rock space ship.

Alysa Kirkpatrick (d2hiriyuu) has built this Dyson Sphere, a spaceship that is wrapped around a sun, which she calls Astra Luminaria: 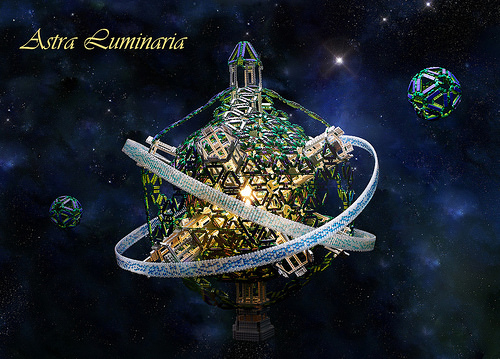 One of the most interesting parts of this build, besides possibly being the biggest SHIP we’ve seen built to date, was that the entire build is a series of geometric shapes, which means that it was easy for her to calculate that there were exactly 20,012 parts used.

Last but not least, (ska2d2) has this … well I’m not really sure best to describe this… I guess as the name implies, looks a bit like a Dragonfly : 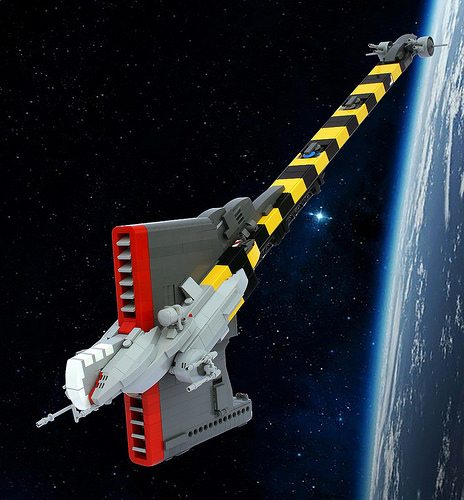 What I really liked about this isn’t just the cool build, and strong colour blocking, but the fact that it was based on a Concept Sketch that he did prior to building.