Japanese builder Takeshi Itou has been one of the most influential castle builders in the LEGO community, raising the bar worldwide, beginning when fans were first discovering each other online. His gorgeous castles rely largely upon older pieces and clean lines, clearly inspired by the golden age of LEGO castle lines in the 1980s. Takeshi’s latest piece is this gorgeous elven safehold. 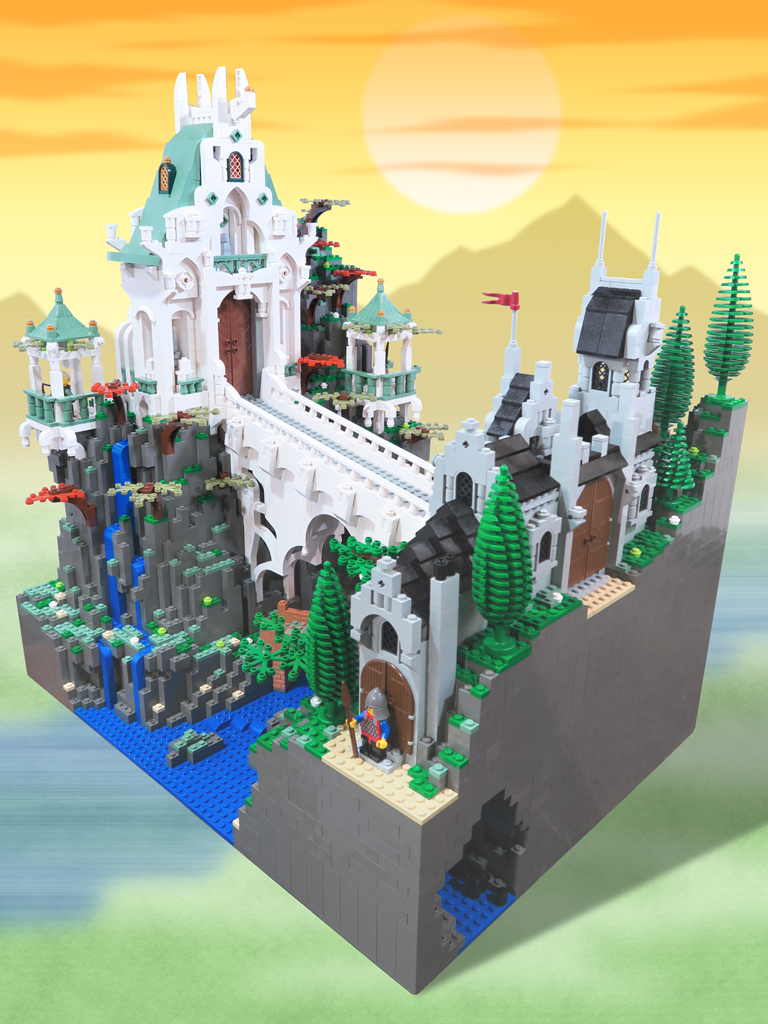 When Takeshi began posting his castles in the early 2000s, he took the fan community by storm, and his influence still ripples down through many well-known builders today. While current trends in castle building emphasize a ramshackle aesthetic, with rough edges and extreme amounts of detail, Takeshi’s work remains in the style of the classic official sets, pushing that aesthetic to new heights. Brothers-Brick has been covering his work since the blog began 10 years ago, and one of my favorite pieces is this replica of Hikone Castle in Japan. 8 years after its creation it is still well worth checking out. Takeshi’s Volcano Tower also was enormously influential on my own building style in the early 2000s, showing me that dioramas with landscaping were possible at a time when the majority of builders still placed their structures on naked baseplates.

1 comment on “Beautiful castle of the Elves by Takeshi Itou”