Ten years ago today, I came home from work, opened my computer, and set up a personal blog I called “Dunechaser’s Blocklog.” That blog would eventually become The Brothers Brick.

A lot has changed in the past ten years — with my own involvement in the LEGO hobby, with this blog, and with the LEGO fan community more broadly. But today I’m going to share my experience here on The Brothers Brick.

I started the blog mainly as a journal of my own LEGO models, and my first true post was a write-up of minifig anatomy that included one of the minifigs I’d built recently — the character Cloud from Final Fantasy VII in the form he takes in Kingdom Hearts. I still quite like the fig today. 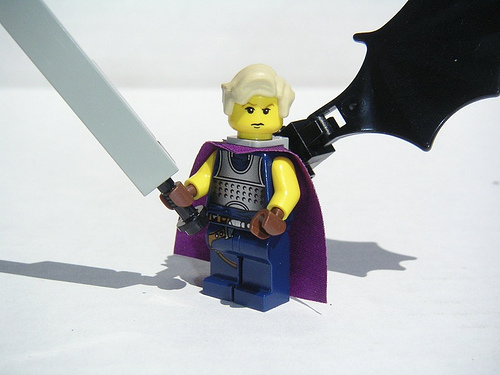 Nobody at the time was paying much attention to minifigs, to the point that many of the minifigs I saw in other peoples’ creations were pretty boring. So, even though I enjoyed building larger models as much as the next builder, I decided to focus what I posted on my blog on minifigs. Within a couple of months, I began featuring the minifig-oriented work of other builders. One of my first posts exclusively focused on the work of another builder was — not surprisingly — about the talented builder Michael Jasper. 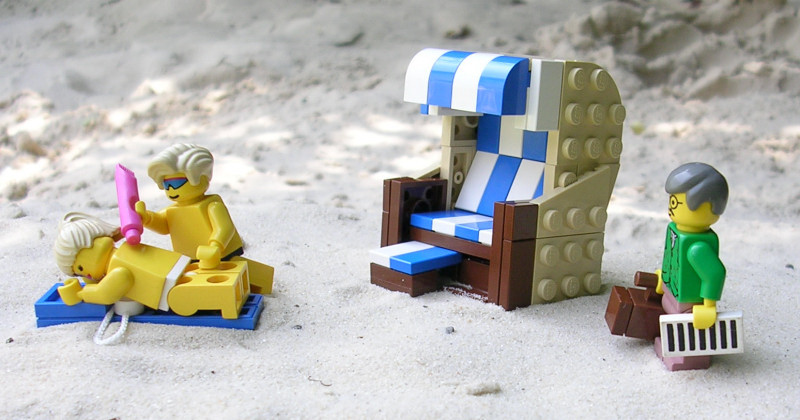 Soon, I was featuring the work of Japanese builders like Moko. I was born and raised in Japan, and I could read the blogs, forums, and other community interactions of a thriving Japanese LEGO builder community, so I started a separate blog called “Pan-Pacific Bricks” to highlight the work of Japanese builders and provide a bit more context for the work showing up on sites like Brickshelf.

Then I started getting comments. I had a couple of readers! In February 2006, Boing Boing picked up my “Blocklog” post about my Aztec gods, and traffic shot through the roof! A few of those thousands of people stuck around, and my readership grew.

Meanwhile, I was very active on LEGO fan forums like Classic-Castle Forums (C-C) and From Bricks to Bothans (FBTB), where I’d become friends with people whose online names were crazy things like “Plums Deify,” “porschecm2,” and “floodllama.”

As I expanded from my own minifigs to other people’s minifigs, LEGO models by Japanese builders, and then ultimately anything I liked, I realized I needed help. I contacted “floodllama” and asked him if he’d like to join “Dunechaser’s Blocklog.” Fortunately, he did, and in May 2006, I welcomed Josh Wedin to the blog. With another contributor on the team, even the name of the blog didn’t make any sense, so Josh and I decided to hold a contest for people to suggest a new name.

We ran the contest for a couple of weeks (our first of many) and we chose “The Brothers Brick” from more than a hundred suggestions. The winning suggestion came from C-C member “Peppermint Pig.” Josh and I chose the name because we liked the storytelling allusion to the Brothers Grimm and the fact that it accurately represented a couple of guys with a LEGO blog.

Since I invited Josh in May 2006 and we changed our name a few weeks later, our roster has included 20 people — among them a doctor, a lawyer, two university physicists, two Canadians, an Australian, a Swede, a Dutchman, and Keith Goldman.

At BrickCon 2014 last year, eight of us got together for a photo (courtesy Justin Pratt). 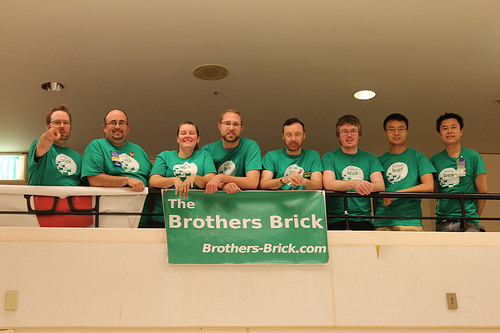 By late 2006, we were outgrowing Google’s free Blogpsot service, and we decided to move The Brothers Brick (and Pan-Pacific Bricks) to our own website. Brothers-Brick.com launched in December. We’ve made some improvements and changes to the site since then, but all the pieces were in place for the “TBB” that you all know today.

Along the way, the lives of our contributors have evolved — children born, degrees finished, new jobs, new careers, new responsibilities… Contributors have joined and left as real life responsibilities, interest in blogging about LEGO, and even interest in LEGO itself have waxed and waned. My life has been no different. Ten years years ago, I was a writer working for a small software company. Today, I’m the director of the planning and design group for a rapidly growing software company, and I even founded the company’s Seattle office, which now employs nearly 30 people. Obviously, that leaves much less time for LEGO and for TBB than working as a writer did 10 years ago. (Other contributors have had similar real-life journeys, and I have to admit that TBB hasn’t been getting the attention our readership deserves for the last year or two — something I’m hoping to change with some fairly significant changes soon.)

My own interest in LEGO has also changed. Gone are the days of pulling out small trays of minifig parts and whipping together a batch of figs to quickly photograph the next weekend for posting to Brickshelf and sharing on C-C or FBTB. I started attending BrickCon with Josh in 2006, and BrickCon 2015 will be my 14th LEGO event or convention. Each year, I try to up my game and build something bigger, better, and hopefully both. A couple of times, I’ve been rather surprised to receive an award — as my large Stalingrad diorama did at BrickCon last year, full of custom vehicles and minifigs. 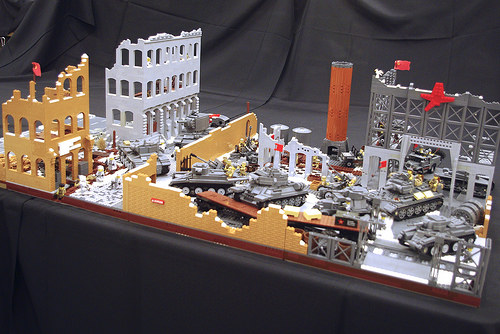 I’m sad to admit that I haven’t built anything of my own since BrickCon last year, though I’m looking forward to carving out some time for our Battle of Bricksburg American Civil War collaboration (more details soon). 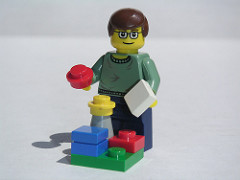 Ten years is a long time for a little LEGO blog — many have come and gone while we’ve plugged away featuring all the wonderful models built by LEGO builders all over the world. I’m not sure what the next decade will bring, but I’m looking forward to making that journey with all of you out there, both the hundreds of thousands of you who read our blog each month to see the work of the talented builders we feature, as well as all of my fellow builders themselves. Thank you.

So, what has your LEGO experience been over the past ten years? What are some of your favorite TBB memories? Share away in the comments!