Joe Perez (mortalswordsman) works for Bright Bricks in the UK, where he builds LEGO models for a living. He is also a bit of a petrolhead; a British term for people who are crazy about internal combustion engines. 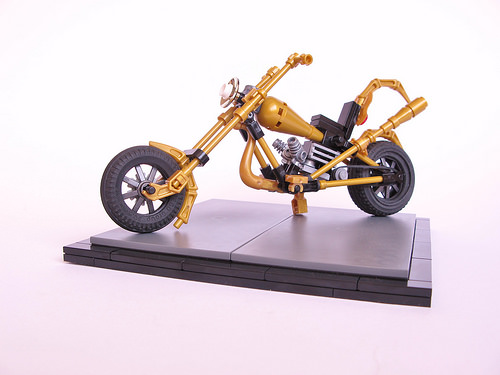 This made him the perfect choice for a recent Bright Bricks project that involved building miniland scale (1/20) vehicles, including a fair few motorcycles. Despite building with LEGO for a living, he still finds the time and interest to build just for fun. He has obviously caught the bug of building motorcycles, as shown by his groovy chopper. 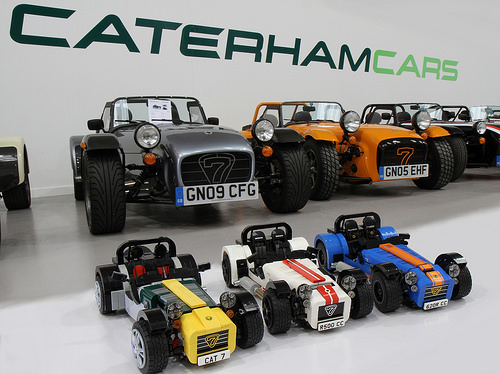 Talking of petrolheads from the UK who are also professional LEGO builders, Carl Greatrix (bricktrix) launched a Lego Ideas project for a Caterham Seven model several months ago, which has now passed 10,000 votes. Let’s keep our fingers crossed for the design review.