Despite being snubbed for a nomination in the Best Animated Feature category, the creators of The LEGO Movie seized the day with an on-stage performance of the movie’s theme Everything Is Awesome – a performance that can only be described as totally bananas. 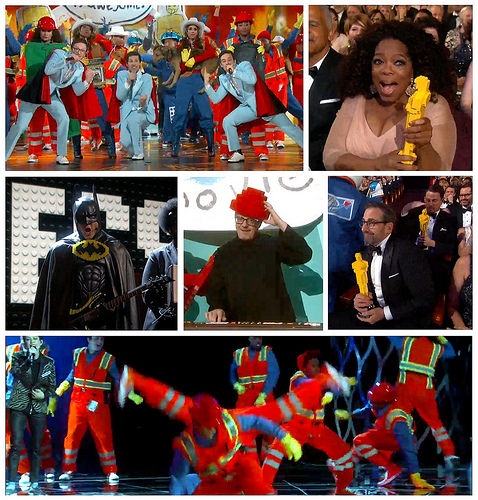 Highlights of the segment included a troupe of breakdancing Emmets, cameos by Will Arnett (as Batman) and Mark Mothersbaugh (from Devo), “visually illustrated” rapping, and the handing out of brick-built LEGO Oscar trophies to random celebrity guests.

The trophies (which are now the talk of the town) were the work of LEGO artist Nathan Sawaya, who also created Mothersbaugh’s signature Devo hat. Everything about this performance was awesome! If you missed it, watch it now: