No, there is no spelling error; it’s the deliberate result of me, a Dutchman, trying to mimic Jeremy Clarkson impersonating a Dutch person speaking English. I know that this is perhaps confusing, but bear with me. It was prompted by the great Donkervoort built by Vinny Turbo. 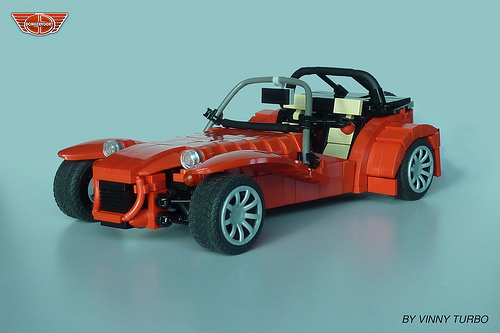 Donkervoort is a small Dutch manufacturer of sport cars inspired by the classic Lotus Seven, and I’m pretty sure that if Top Gear were to review one, there would be lots of tire smoke and Clarkson would try to speak in a mock Dutch accent. The overall look of the model is somewhat reminiscent of the great Caterhams built by Carl Greatrix, but at a smaller scale.