While Mario may be one of Nintendo’s most enduring videogame characters, Kirby has been around almost as long. And this lovable ball of fun has some pretty cool powers too, like inhaling his enemies to steal their abilities, and not being a ridiculous cultural stereotype. Heck, he even had his own cartoon show once …suck on that Mario! 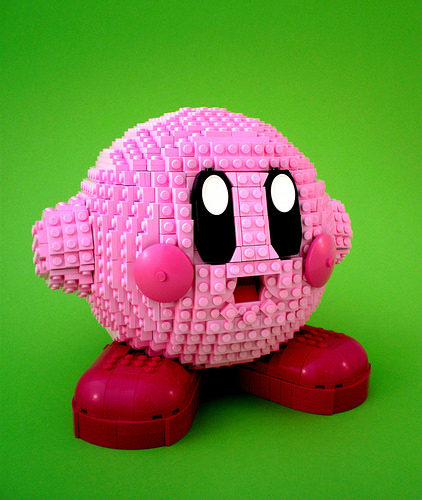 Fun fact #1: During development of the first Dream Land game in 1992, Kirkby was intended merely as a simple placeholder graphic for the real character, but the designers loved him so much they used him in the final game. Fun fact #2: This LEGO version of Kirby by Swan Dutchman uses the Bram Sphere technique, which is anything but simple.