Chris Nolan’s latest movie Interstellar is an epic adventure across time and space, accompanied by an equally epic and thunderous soundtrack by Hans Zimmer. It was by far the most enjoyable cinematic experience I’ve had since Nolan’s mind-bending 2010 masterpiece Inception.

It’s been fun watching various Interstallar-inspired builds emerge over the past few months, most of which – not that surprisingly – focus on the movie’s stylish Ranger spacecraft. But I think Taiwanese builder jp_velociraptor has just created the definitive version: 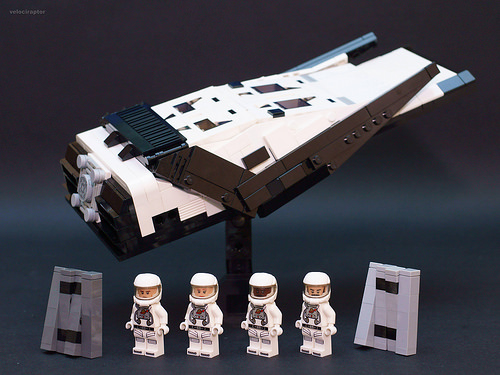 This is not simply a LEGO sculpture of the distinctive ship, it’s a complete play set! The model opens up to reveal a cockpit with room for all the explorers and one of their clunky robot companions (also shown below in “rescue mode”). Very impressive work indeed. 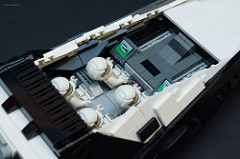 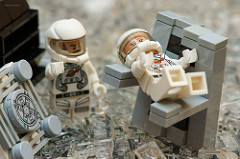 I heartily recommend that you see this movie. I won’t give anything away… but it’s as emotionally draining as it is visually and sonically mesmerizing. So I strongly suggest you bring a box of tissues with you to the movie theater ;-)