Official set photos of the new wave of Avengers sets are now available. Marvel’s next big blockbuster, Avengers: Age of Ultron, releases on May 1, and we can expect these sets to hit stores shortly before that. The 5 sets in this lineup range from a small to large, and while pricing isn’t yet available for them, it’s a safe bet that they’ll range from $12.99 for the small set to somewhere around $70 or $80 for the Quinjet.

Hulk has been trapped by the powers of Scarlet Witch and she is ready to fire an electrical bolt if he tries to escape! Place Iron Man in the cockpit of the humungous Hulk Buster suit and rush to the rescue. On the way you must fend off aerial attacks from the flying Ultron.
Adjust the Hulk Busters arms and legs to create fearsome battle poses and grab the villain with the powerful hands. With Ultron safely in the mechs grip, attach Iron Man to his Super Jumper. Then take out Scarlet Witch with an accurate jump and free the imprisoned Hulk!
Includes 3 minifigures with assorted weapons and accessories: Iron Man, Ultron and Scarlet Witch, plus a Hulk figure. 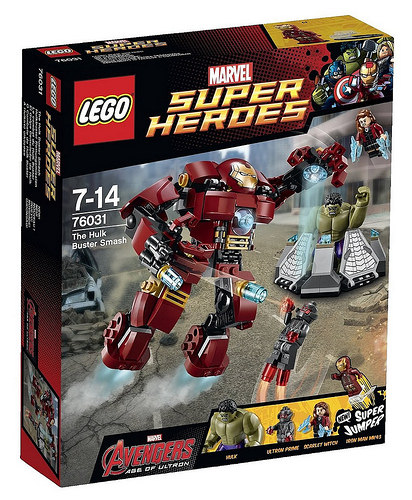 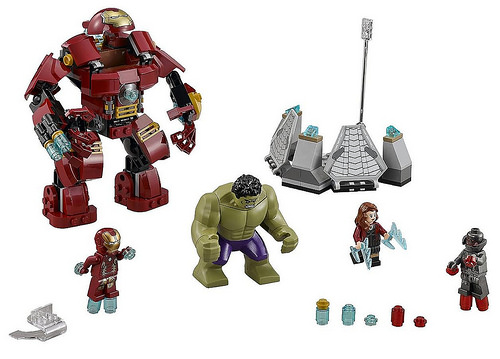 See the rest of the sets after the jump. 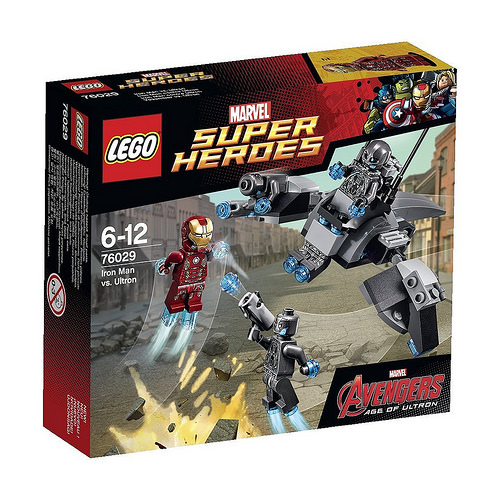 Join Thor and Hawkeye as they chase the Hydra henchman through the Sokovia winter forest! Place Hawkeye in the cockpit of the awesome Avengers 4×4 vehicle and accelerate away. When you have the Hydra offroader in your sights, fire the flick missiles from the rotating turret and swerve away from the offroaders powerful stud shooter.
Then launch Thor on his Super Jumper and disable the stud shooter with one perfectly aimed jump! Includes 3 minifigures with assorted weapons and accessories: Thor, Hawkeye and Hydra henchman. 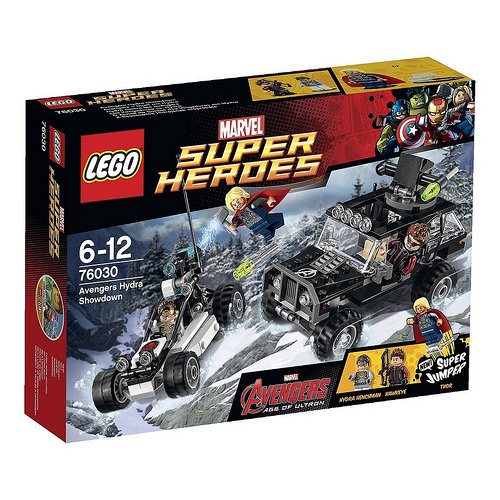 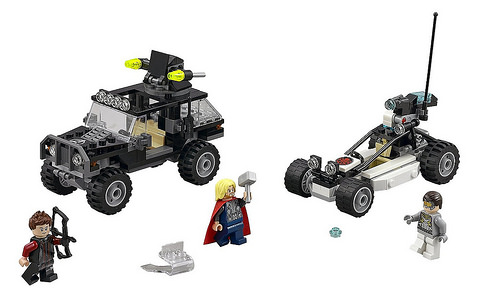 Launch a high-speed pursuit of Ultron with the Avengers in the iconic Quinjet. Place Black Widow at the controls in the cockpit and soar into the sky. Fire the stud shooters and release Captain America on his super-cool bike to take the pursuit to the streets.
Iron Man MK43 is flying alongside the Quinjet using his thrusters, ready to take on Ultron. When the time is right, make the perfect jump onto the truck to explode the sides and reveal the precious cargo. Includes 5 minifigures with assorted accessories: Vision, Captain America, Black Widow, Iron Man and Ultron. 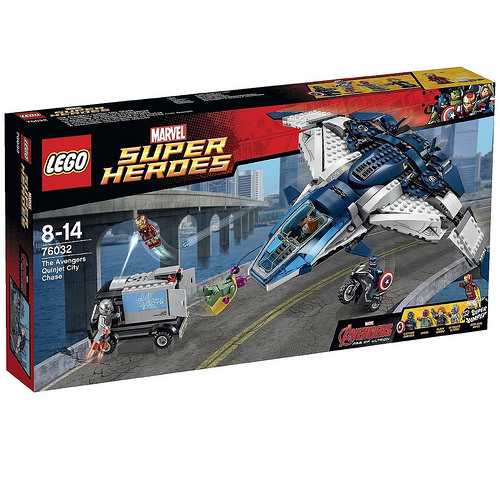 The Heroes are having a party when suddenly Avengers Tower comes under Ultron attack from the inside! Evil Ultron Mark 1 has assembled himself in the lab and is exploding out the windows. Help Iron Man and Thor to defeat Ultron and the 2 Iron Legion accomplices under his control.
Make plans in the JARVIS control room and treat injured Super Heroes in the sick bay.
An Iron Legion is blasting out the doors and windows of the ground-floor robot bay. The other has stolen the Loki Scepter from the analysis lab so pursue him with Thor and take aim from the roof of the tower with the secret hidden drone and stud shooters.
You must retrieve the Scepter and stop Ultron! Includes 5 minifigures with a weapon and assorted accessories: Ultron Mark 1, 2 Iron Legions, Iron Man and Thor. 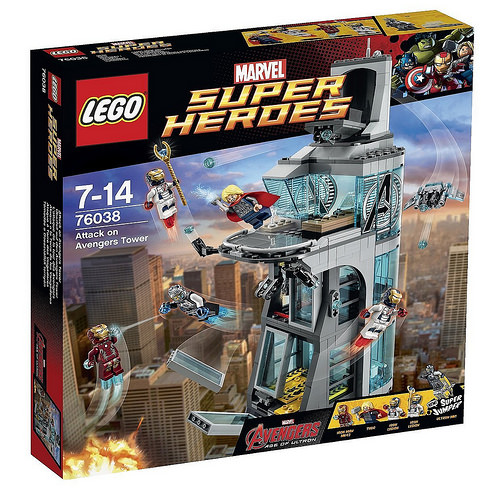 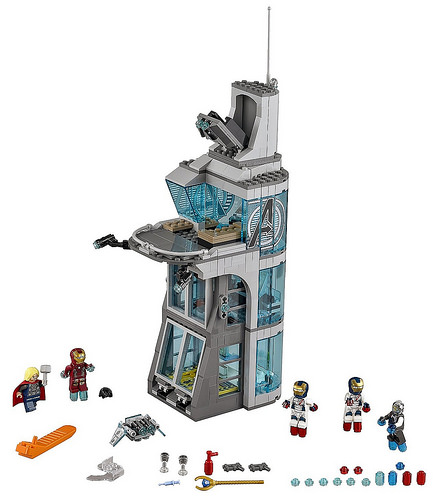