On Dec. 5, 2014, at 7:05 a.m. EST, NASA launched the new crew capsule, Orion, for it’s first experimental flight test on a United Launch Alliance Delta IV Heavy rocket. The mission was to send Orion 3,600 miles into orbit (for reference, the ISS hangs out at around between 205-270 miles above the Earth) and return to test the new heat shield. Orion went further than any space craft designed for human flight since the Apollo 17 mission. The test flight when perfectly.

Why is this awesome? It’s NASA’s next giant leap. The Orion crew capsule is going to take us back to the moon, to asteroids, and to Mars.

Wesley, your Delta IV Heavy is fantastic and instantly recognizable and an excellent tribute to the historic launch. 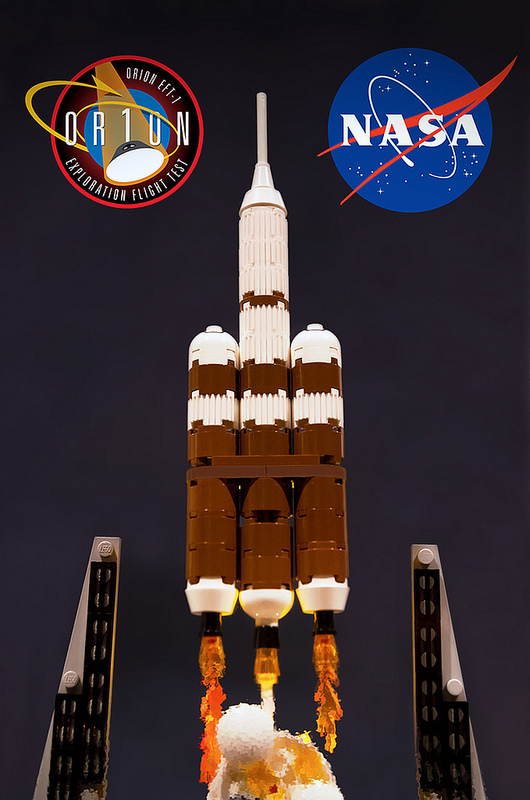