It’s been almost three years since Japanese builder Chaosbrick (カオス煉我) created the first LEGO version of the wildly popular digital pop star and Vocaloid character Hatsune Miku (初音ミク). Since then there have been plenty of other versions, by such builders as Moko, Mike Dung, LegoWyrm and even yours truly. But now Chaosbrick has returned to outdo them all with this life sized version! 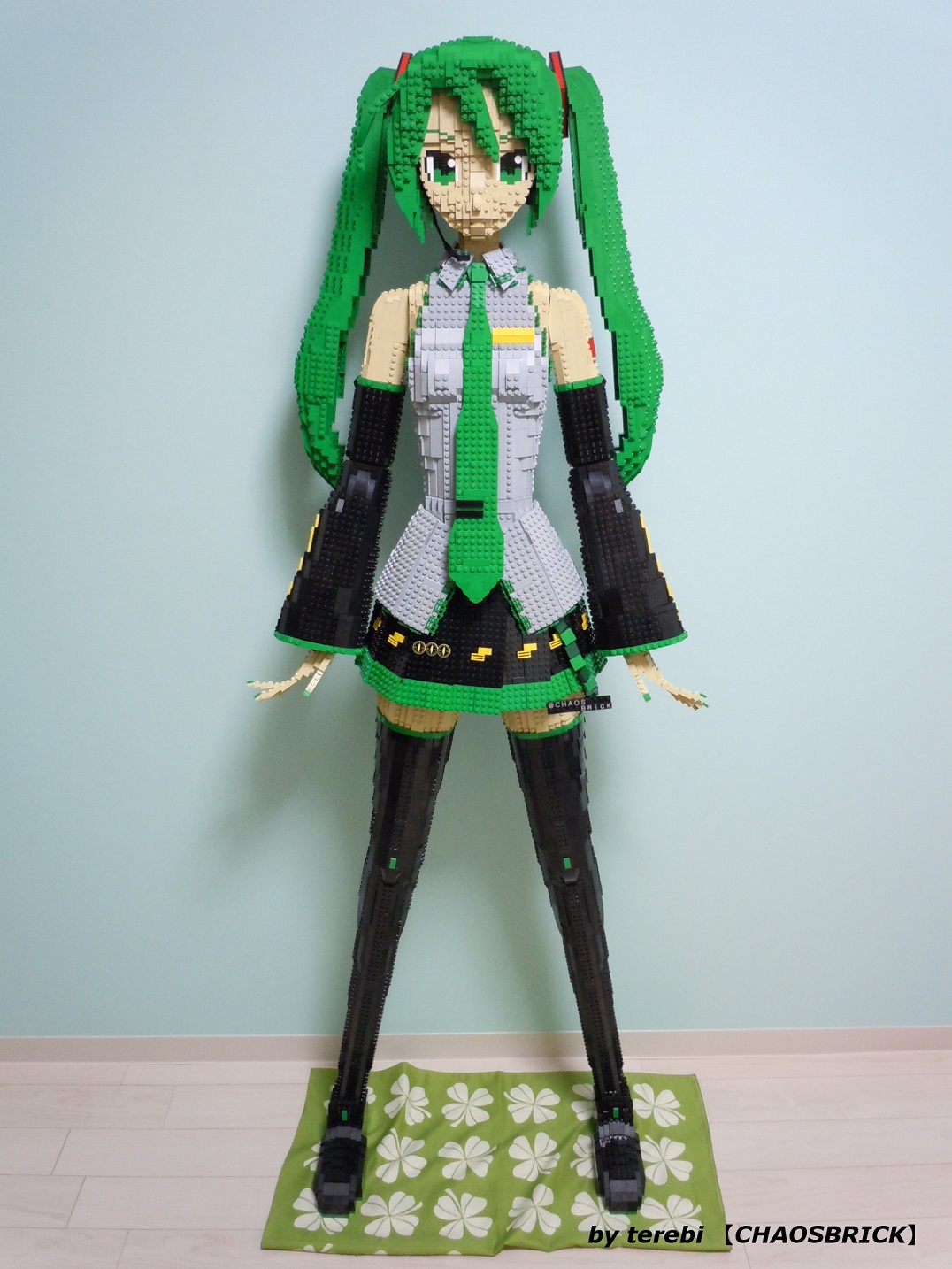 Construction of the model began in October 2013 and took 6 months to complete, during which time the builder teased fans with work in progress shots from his Twitter feed. The final model uses over 20,000 bricks, and by all accounts it was quite a feat of engineering to make such a tall and slender LEGO model stay in one piece. But the end result is spectacular in its detail and accuracy, and should meet the expectations of even the most hardened Hatsune fan. Especially with the cheeky inclusion of some brick-built fan service ;-)