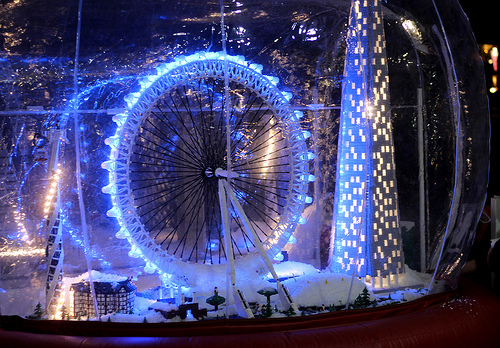 Snow gets blown through the globe and it has a tunnel down the middle that visitors can walk through, to be pretty much surrounded by it and to possibly feel a bit like London mayor Boris Johnson did in Feb 2009, when one of the largest snowfalls in recent history dumped 20 cm of white flakes on his city, bringing it to a stand-still. 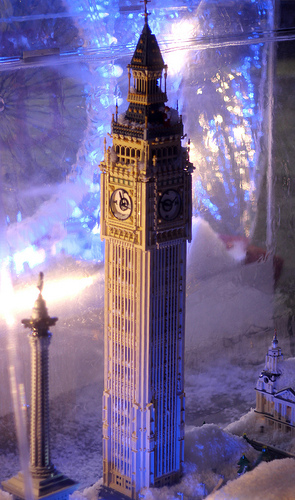 I had the pleasure of visiting the Bright Bricks workshop in early October, when this project had just gotten underway. It must be tempting to cut some corners (perhaps even literally) here and there when building professionally for an audience that largely consists of people who don’t build with LEGO and who may not appreciate all the intricacies, but these are high-quality models. Having seen some of the builds at an early stage, I was very impressed by the level of detail and the clever build techniques that went into them.

The snow globe is on display at Covent Garden London until early January.