Most of the robots featured on this blog come equipped with big guns or giant swords. Cool stuff, without a doubt, but the robot built by Carol Price (Mrs Wobblehead), looks at least as menacing to me, despite its disarming grin and conspicuous lack of armament. I think there’s something a bit wicked about the grin and there’s definitely something fishy about secret underground lairs. 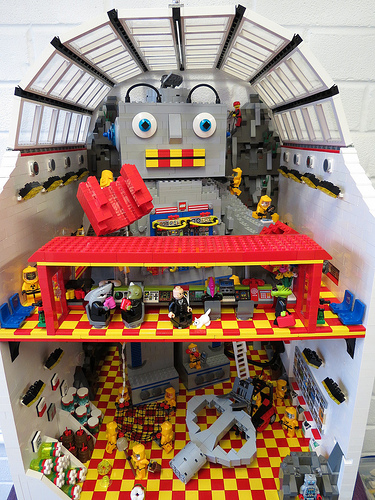 The robot is a large version of the series 6 collectible minifig and, while it may not set the world on fire with super-sophisticated building techniques, the scene has a lot of clever details. I simply love the sense of humour involved in building it.