In the last four weeks I’ve been travelling through the US. During my trip I attended Brickfair Virginia and now that I am back home, I’m slowly going through my photographs to pick some highlights to share with you. Joshua Brooks (JBIronWorks), whose father built the ‘Defense of Little Round Top’ diorama I blogged a while ago won the best train award at the event with his General Haupt locomotive. 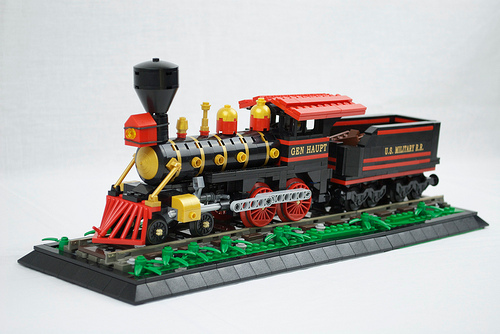 Like his father’s diorama, this also has a US civil war theme. The locomotive was named after General Herman Haupt, who was the Union General in charge of the United States Military Railroad, which was used to supply the Union Army and to transport casualties to hospitals safely away from the front lines. To me it doesn’t look as though it is a super-complicated model, but I like the overall look and the history.

The Western train by monstrophonic wasn’t at Brickfair, although I wouldn’t have minded having a closer look at this diorama with my own two eyes. 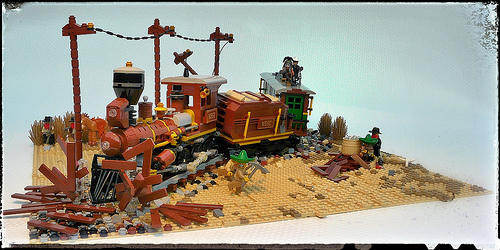 The train itself is nicely done. Like most good dioramas this one seems to tell a story. Was the derailment an accident or was it caused by train robbers?

3 comments on “Trains with a twist”