It’s no secret that I love Monty Python, so it’s really no surprise that someone like Rifiröfi would be able to successfully appeal to my vanity in order to share his own LEGO Monty Python creations. The thing is, Rifiröfi LEGO recreations of key scenes from Monty Python and the Holy Grail

Here’s The Rabbit of Caerbannog, with its “nasty, big, pointy teeth!” 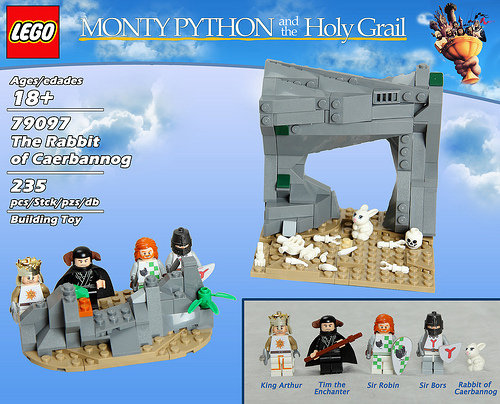 Fortunately, the Holy Hand Grenade of Antioch is at hand to assist King Arthur and his brave knights. 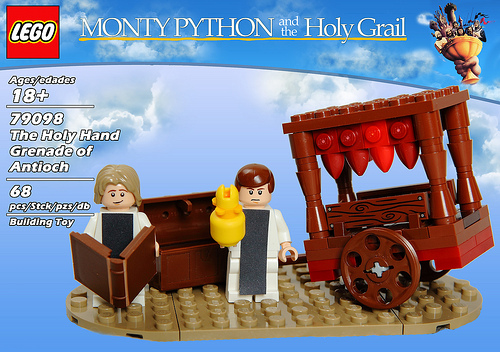 But one of my favorite scenes is when *SPOILER* Sir Bedevere establishes that Connie Booth’s character is a witch because she weighs the same as a duck. 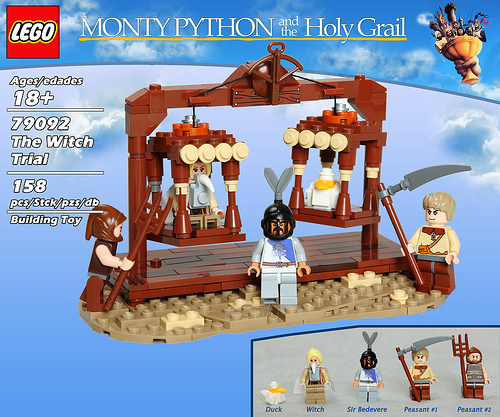 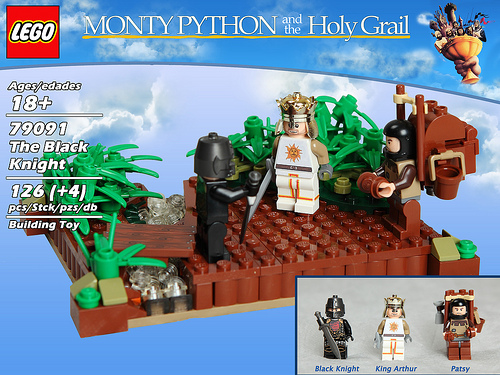 Finally, no depiction of Monty Python and the Holy Grail would be complete without the French knights and Arthur’s assault on their castle. 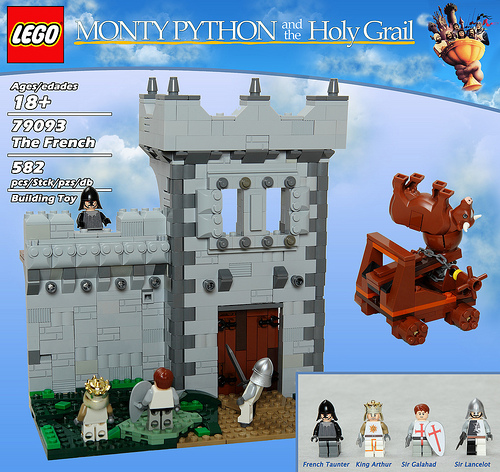 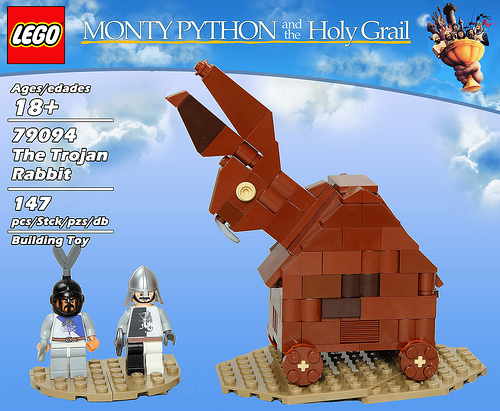 Check out all of Rifiröfi’s LEGO Monty Python scenes on Flickr. And since I’m in a mildly self-aggrandizing mood, you can take a trip in the wayback machine with me and visit my own LEGO Monty Python photoset on Flickr. (For the record, I think Rifiröfi’s scenes are way better than mine — some of the earliest LEGO photos I posted online back in 2004.)