Few authors have inspired more entertaining science fiction models over the years than Stewart Cowley. Familiar builders like Stafford, nnenn and Ocean have all been influence by his work, including yours truly. Cowley’s short lived series of four illustrated books, the Terran Trade Authority, were published from 1978-1980 and featured inspiring concept art from a number of different sources. The latest microscale model by Dan Efran (Erunaamo) was inspired by a TTA painting called Proximan K13 Sharks by British artist Angus Mckee. The builder effectively captures the spirit of the source material. 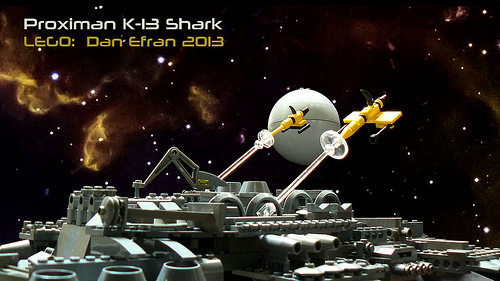 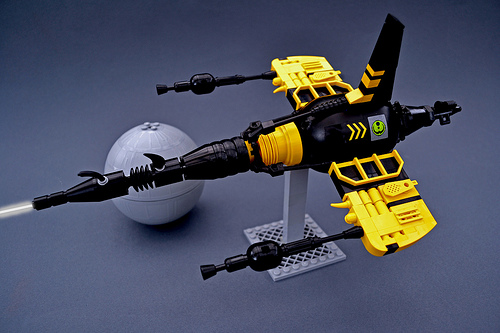