LEGO hipster Dave Kaleta would like to show you his take on a structure that is near and dear to him, the University of Chicago’s Stanley R. Pierce Hall. Designed by architect Harry Weese, the dormitory is slated for demolition in August of this year and Dave was asked to build the model for a University function honoring the campus landmark that was constructed in 1960. For more of Dave’s personal notes and photos of the ceremony you won’t find on Flickr, head over to MOCpages…assuming it is still working. 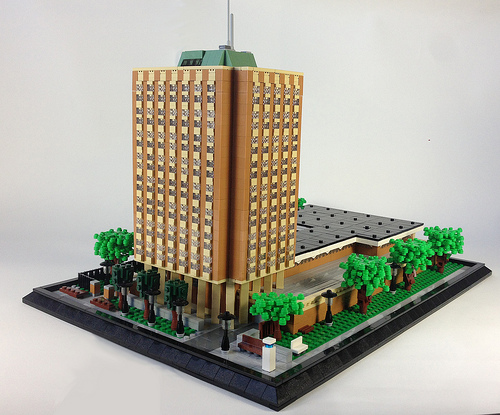 Although it may not elicit cries of “NPU Brah!”, I think Dave really nailed this one, and there are some nice details to reward the viewer who looks for them.