Its time for a Friday night Sci-Fi double feature courtesy of Björn (kaydee1982) of Bremen, Germany. The models are reminiscent of any number of 1980’s films, cartoons and toys, without being too specific to any one reference, and also harkens back to the halcyon days of the .Space crowd on LUGNET.

We begin with the “Omega“, which some reviewers on Flickr have likened to the Normandy from the Mass Effect video game series. I did enjoy the builder’s inclusion of his homeland’s flag on the side of the ship. 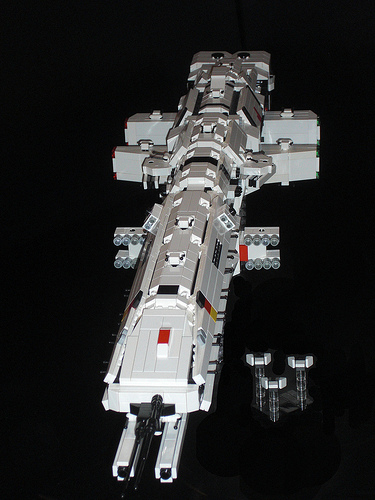 And finally, Björn has also created a suitable context for the “Eclipse” with the “Omega” space-dock. Not many builders bother to give their models a background beyond a piece of white paper or digital star-field, and the extra effort is appreciated by this Brother Brick. 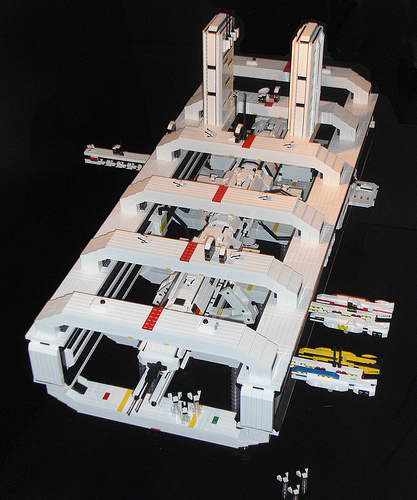