1AM Gallery in San Francisco is hosting a LEGO based art show running April 26th through May 25th. There will be models, custom minifigs, traditional 2D art, and more. Check out the press release below for all the details and go easy on them for their use of “Legos”. 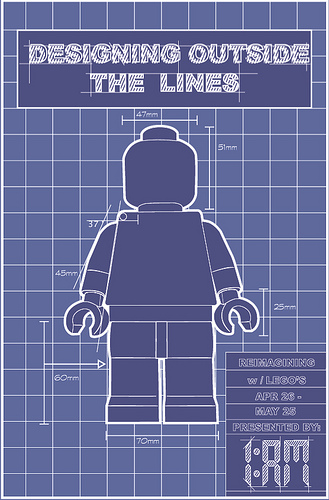 Most of us played with Legos as children, but some of us never stopped. The artists in “Designing Outside The Lines” are some of the most prominent Lego and toy designers around the world, spanning from the US to the Netherlands. Whether they are using record breaking amounts of Lego pieces, introducing new materials to Lego customization, combining simple minifigs with complex machinery, or anonymously installing ginormous Lego men on public beaches- they are definitely some of the most imaginative artists out there.