For understandable real-world reasons, last week was a bit of a slow LEGO week, so I’m not surprised Keith didn’t get a chance to do a second “Friday Night Fight.” When I got caught up on LEGO and encountered this sky-fi fighter, I thought to myself, “Ah, excellent — Jon Hall has built another gorgeous plane.”

Except that this P-64 Dragonfly is actually by Nate DeCastro! Nate’s fighter sports an Octan color scheme and a rain-specked canopy effect added in post-production. The blur on the tail is also a nice touch. 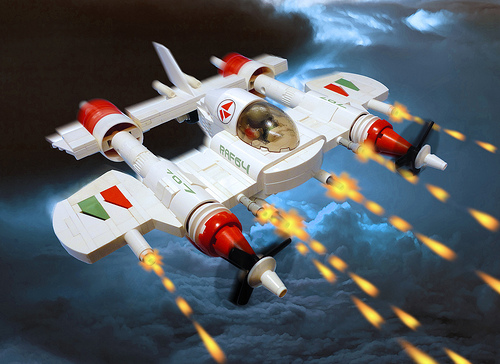 Of course, Jon Hall himself has indeed built another gorgeous plane. His T-68 Banshee includes round bricks embedded in arches and classic World War II livery. 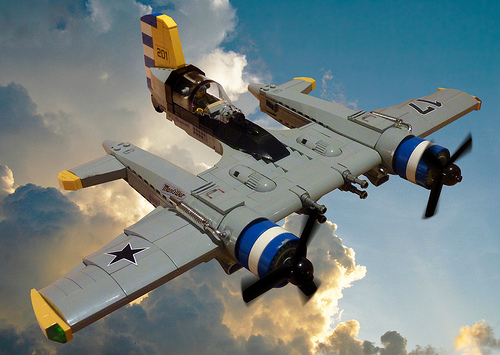