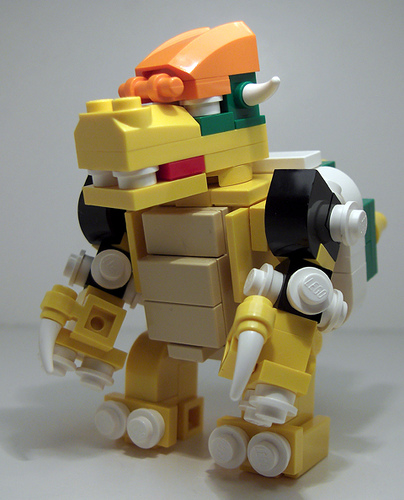 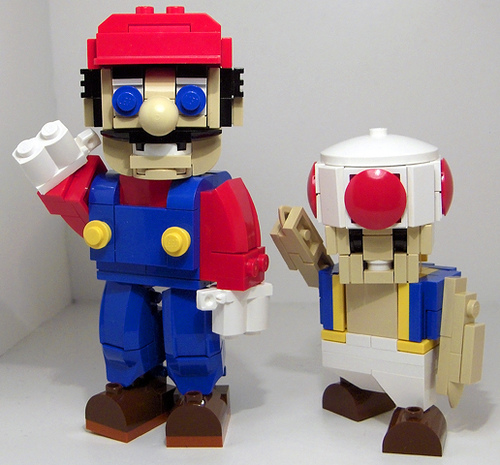 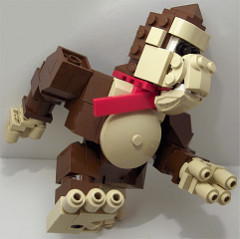 Mike brought all of these to BrickFest PDX 2007 in Portland, where he had them all in karts that I don’t think ever ended up online (if I remember correctly, Mike hadn’t taken pictures of them in their karts yet before the con, and the figures broke on their way home to Boston). Convention photos are never as good as a builder’s own, but I did manage to snag a shot of all of them together: 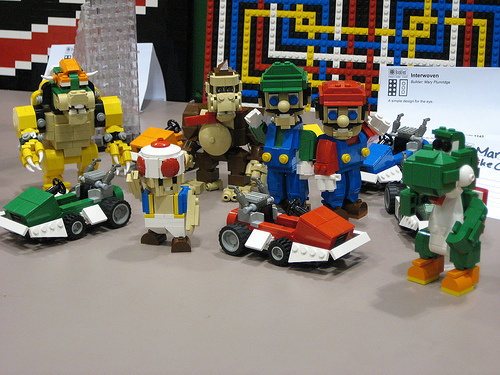 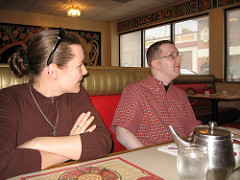 BrickFest PDX was of course the LEGO convention where Mike, Caylin, Josh, and I all went out for Chinese at a place called “House of Louie.” We all piled into Portland’s light rail system (MAX), crossed the Willamette River, and got off somewhere that we thought would have better restaurants than the ones around the Oregon Convention Center (remember, smartphones with Yelp and local search weren’t as ubiquitous as they are five years later).

Appropriately and strangely, a white LEGO horse stood on a counter near our booth.