Having immersed myself quite deeply in both the recent news from Mars and as a judge of the Real World Starfighter Contest, I felt compelled to do a bit of building to scratch that space itch. I’d already built Stephen Pakbaz’s Curiosity, so just had to build Sojourner (landed 1997) and Opportunity (landed 2004 and still operational) in approximately the same scale. 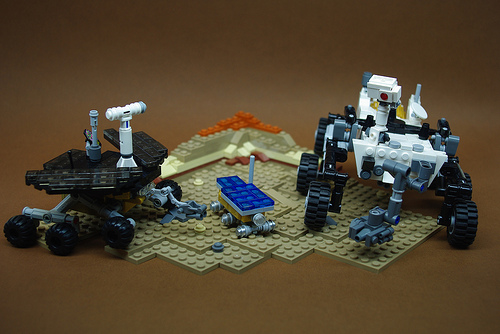 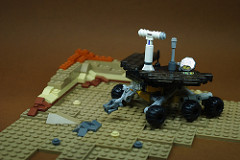 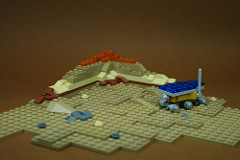 There’s nothing functional about my LEGO Sojourner, but Opportunity has working rocker-bogie suspension (which I struggled mightily to build, since the design is different from Curiosity’s, and I couldn’t simply scale down Stephen’s LEGO version). I plan to build the lander at some point, too.

After he landed on the moon with Neil Armstrong, astronaut Buzz Aldrin came up with an idea for a craft that would cycle back and forth between the Earth and Mars, providing significantly greater comfort for astronauts during the five-month journey. With the cancellation of the Constellation program, the dream of regular travel to and from the Moon and Mars seems even farther away. Nevertheless, I still find the idea inspiring, and built my own rendition of an “Aldrin Mars Cycler”. 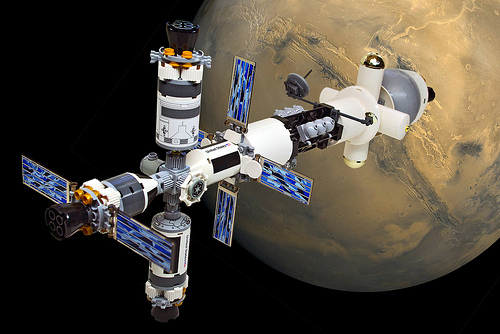