I’ve been sick this week. Though nothing life-threatening, I’ve kept my sniffling and sneezing to myself here at home. Between naps and sipping green tea while curled up on the couch to watch whatever’s on the National Geographic Channel, I’ve built a few things (including 10214 Tower Bridge). 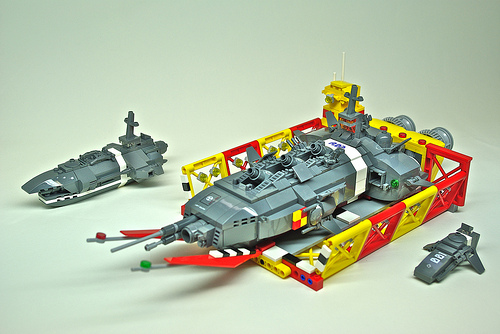 As eye-bleedingly garish as it is, I like the idea behind it:

Aboard their unarmed and lightly armored ships, SRV crews have a motto: “Jump In, Jump Out.” SRVs have the highest-precision FTL jump computers in the U.E.F. fleet, able to jump in behind the disabled ship, extend a shield for temporary protection, secure the ship for transport, and jump out of the system in under 90 seconds.

For less dangerous cargo than that carried by my Pit Viper fuel tanker, I built this Octan “multitanker”. 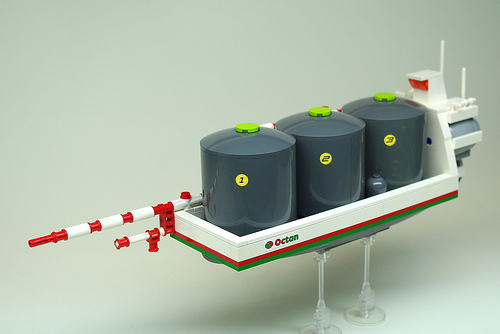 Finally, I revisited the idea behind the cargo container ship I’d built nearly five years ago, resulting in this interplanetary transport. 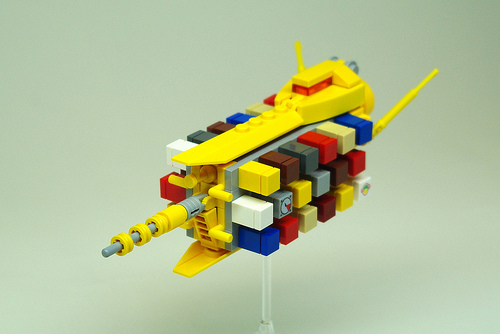 I can’t wait to feel better, but it’s been nice having something to distract myself from feeling miserable in the meantime.