As most LEGO builders do, I’ve been through several non-building funks over the course of the last 10 years or so. Andrew Lee suggested to me once that a good way to get going again is to try building a little microspace fleet. Fearing I wouldn’t get unblocked before BrickCon in just a few short weeks, I did just that. Turns out Andrew gives very good advice. 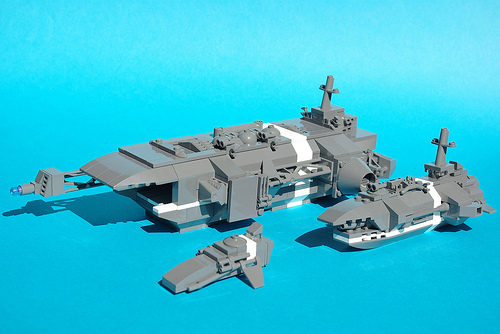 My “Expeditionary Strike Group” consists of an Escort Carrier, Destroyer, and Gunboat. I set out to build them with a fairly utilitarian aesthetic, but in retrospect it’s clear I’ve spent quite a bit of time immersed in the BSG / Halo / Star Wars universes. I’ve tried building a space carrier in microscale several times, but this is my first completed vessel.

The carrier was built around the weird engines on the back, while the Destroyer mimics the shape of the Carrier: 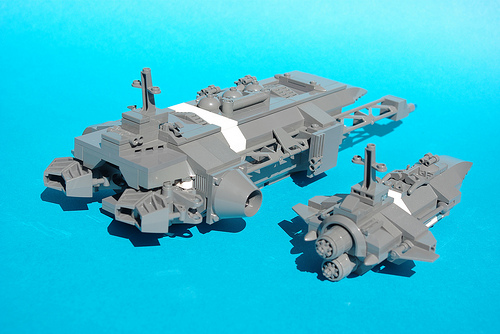