As part of Lego’s partnership with NASA, three aluminum minifigs will be placed aboard the Juno spacecraft! The minifigs will represent Jupiter, Juno and Galileo. 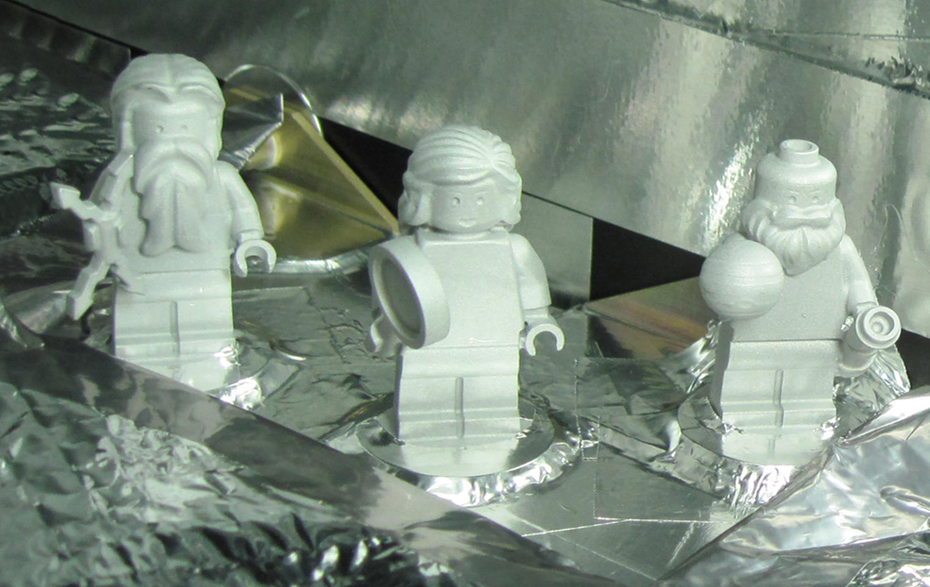 Three LEGO® Minifigures leave earth on the Juno deep-space probe today on a five-year mission to Jupiter to broaden awareness of the importance of planetary research.

The specially-constructed aluminium Minifigures are the Roman god Jupiter, his wife Juno and ‘father of science’ Galileo Galilei. The LEGO crew’s mission is part of the LEGO Bricks in Space project, the joint outreach and educational programme developed as part of the partnership between NASA and the LEGO Group to inspire children to explore science, technology, engineering, and mathematics.

The LEGO Minifigures will help get attention for Juno’s mission to improve understanding of our solar system’s beginnings by revealing the origin and evolution of Jupiter.

Juno and the Minifgures’ journey will be featured on www.LEGOspace.com, the website that gathers together educational and fun material about space. The site also houses a number of downloads, videos, a LEGOnaut game, and various facts about space exploration. Later this year it will also have videos of experiments conducted with LEGO Education models on the International Space Station.

NASA’s Jupiter-bound Juno spacecraft will carry the 1.5-inch likeness of Galileo Galilei, the Roman god Jupiter and his wife Juno to Jupiter when the spacecraft launches this Friday, Aug. 5. The inclusion of the three mini-statues, or figurines, is part of a joint outreach and educational program developed as part of the partnership between NASA and the LEGO Group to inspire children to explore science, technology, engineering and mathematics.