Though this is for US & Canada only at the moment, nearly all of the first quarter 2011 LEGO sets are now available from the LEGO Shop online. As if that’s not enough of a temptation, you can still order in time for Christmas.

We here at The Brothers Brick are irrationally excited about what looks to be the silliest — and most awesome — of the 2011 themes. Fraukinder and mannkinder, I give you NinjaGo!

The premise appears to be that several brightly colored ninjas take on an army of undead in single combat using a technique called “spinjutsu”.

Seriously, how awesome is that? And don’t miss the ear-worm that is the NinjaGo theme song.

And of course, the 2011 LEGO Star Wars sets are also now available — not least of which the ever-popular battle packs.

Though I have yet to see a single episode of The Clone Wars, I’m intrigued by this non-gray Bounty Hunter Assault Gunship:

Finally, 10217 Diagon Alley will be shipping on January 1st, and is currently available for pre-order: 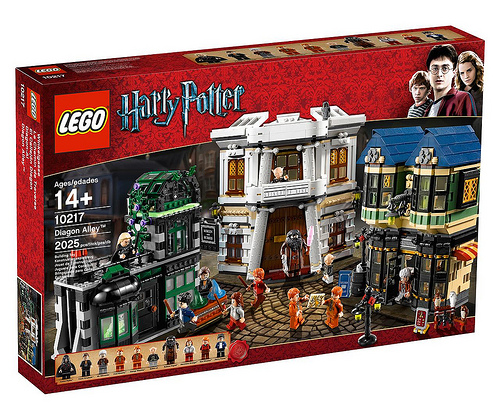