BrickFair 2010 took place last weekend, and I’ve now finally had a little bit of time to recover. Like any LEGO convention, it was a blast! There were a lot of fun times to be had hanging out with other LEGO builders. There were also some great sessions, including a presentation by LEGO designer Jamie Berard (which culminated with the unveiling of the Tower Bridge set).

People have also had some time to put their photos online. This works out well, as my wife had both of our cameras in the Galapagos, while I was at BrickFair. You’ll all have to wait for more photos of the latest award-winning display from my compatriot Nick and I of 3LUG. In the meantime, I’d like to highlight some of my favorites from the con. 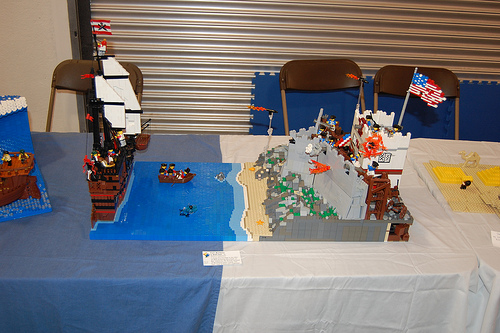 The above is part of a diorama depicting the battle of Fort McHenry, the inspiration for the Star Spangled Banner. This diorama incorporated some great detail techniques, including smoke from the cannons, and wall-shrapnel. The builder chose to depict the ship in cross-section, which was a fascinating bit of extra detail. The most amazing thing about this creation, though, was that, according to the MOC card, it was built by a thirteen year old! 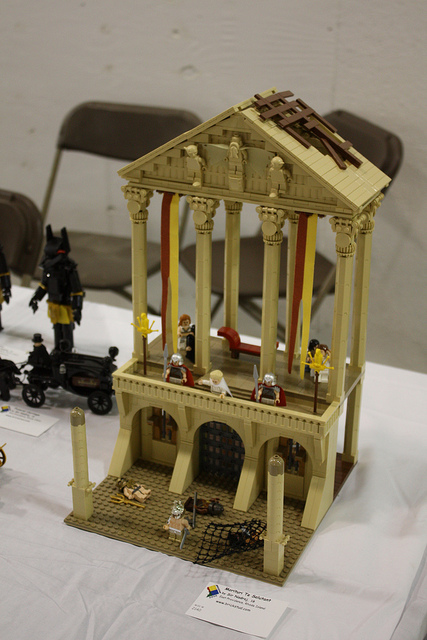 I also quite enjoyed the display above, by Jordan Schwartz. There’s some lovely detail work in the railing, and the columns are nice as well.