Warner Brothers has announced that LEGO video game developer TT Games (whose website seems to be down at the moment) will continue creating brick-based games through 2016. 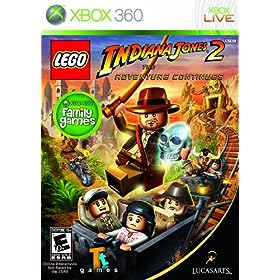 Operating as part of Warner Bros. Interactive Entertainment, a division of WBHEG, TT Games is the publisher and developer behind the award winning hit LEGO videogame franchises including, LEGO Star Wars, LEGO Batman: The Videogame and LEGO Indiana Jones: The Original Adventures, which have sold close to 50 million units worldwide.

“The LEGO Group is a brilliant and trusted organization with an extremely loyal fan base,” said Kevin Tsujihara, president, Warner Bros. Home Entertainment Group. “We are very fortunate to have the opportunity to continue the successful partnership between this legendary company and the talented TT Games, which will enable us to further expand our slate of widely recognized, family-friendly games.”

“One of the things that sets the LEGO brand apart is that it allows kids to express their creativity, and the games we develop with TT Games are not just great fun but also inspire kids to play with their LEGO bricks, exploring our different play themes more deeply,” said Henrik Taudorf Lorensen, vice president of LEGO Digital. “We are very excited to continue to work with TT Games because they take a distinctive approach to making games creative, social and non-violent, which makes them a valuable part of the broader LEGO experience.”

“We look forward to carrying on our excellent collaboration with the LEGO Group in building extraordinary LEGO videogame franchises, with both Warner Bros. and third party IP, that continue to resonate with consumers,” said Tom Stone, managing director of TT Games Publishing. “There is a tremendous future for LEGO games, and we are looking forward to working with all of our partners over the coming years.”