This scene by RMingTW depicts a group of soldiers destroying ships at sea, with a remarkable explosion. 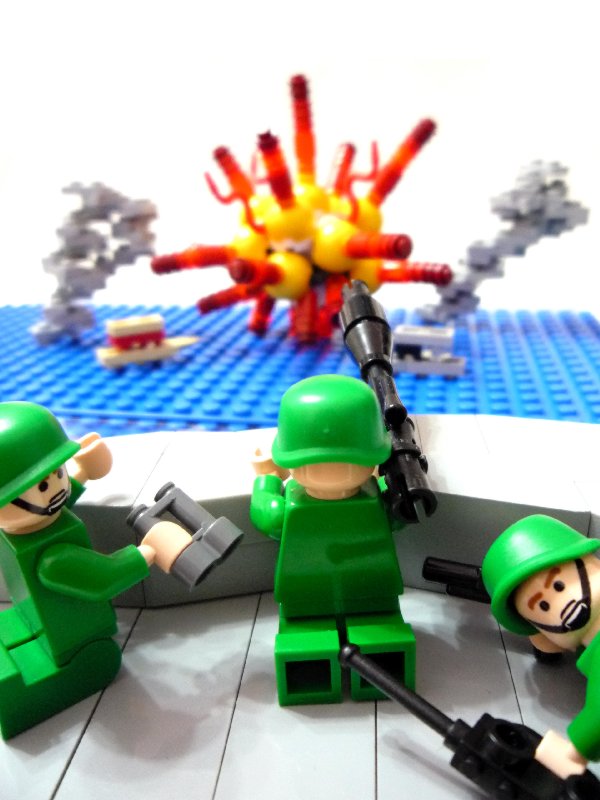 Forced perspective through microscale in the background is rapidly becoming a key factor in differentiating good LEGO scenes from excellent ones.

How much does context influence our perception of a LEGO creation?

Via The Living Brick, who I’ll blame if this turns into the Fourth Taiwan Strait Crisis and gets Brothers-Brick.com blocked in the PRC.