For those of who may not have heard, a referendum passed in Switzerland that banned the construction of minarets on mosques. Because, you know, apparently a minaret poses an existential threat to Western Civilization, while upending a tradition of cosmopolitanism is really what you want to go for. This is all Erik Smit (.eti) and I have to say to that: 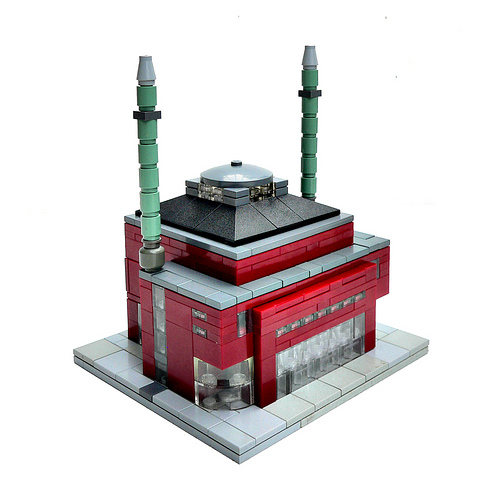 27 comments on “Minarets (with micro mosque)”