Following the announcements and openings of several new LEGO stores around North American and Europe over the last couple months, quite a few people have posted pictures or blogged about the opening ceremonies. Among the crowd of photographers, Allen Kuo (photoKuo), did an exceptionally good job of capturing the bustle and color of a Build Event at the LEGO store at Baybrook Mall in Friendswood, Texas, on June 12-14. [Edit: I originally called the event a store opening, which was a mistake on my part.) 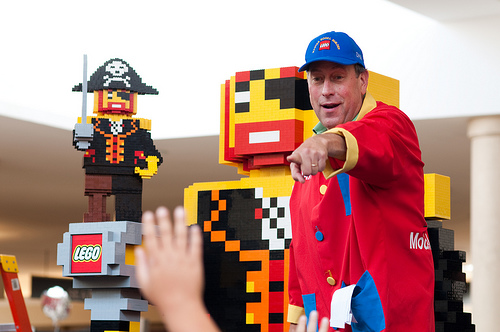 What really makes the whole series exciting is the variety of things he catches Master Model Builder Dan Steininger doing to entertain the crowd. Check out the rest of Allen’s Pirate Build Event photoset for a feel for the whole shindig.