It has been leaked before, but kin.leg◎ recently discovered a good, official picture of the new Pirates Advent Calender. It shivers me timbers, yarr! 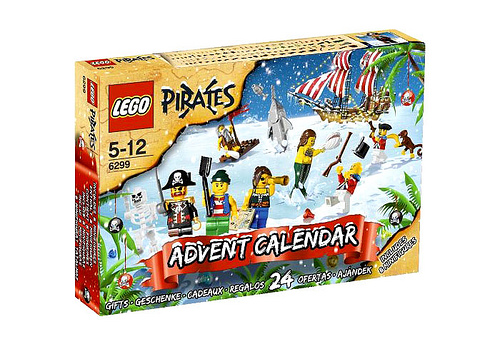 Looks like we will be getting 8 figs, a monkey, and a sawfish. The grey sawfish hasn’t been in production since 1997, although a black one was briefly available in 2002. Here’s hoping it will be sold worldwide!