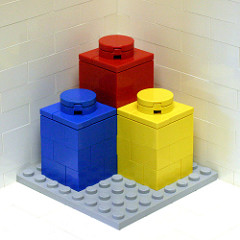 Registration is now open for BrickCon 2009! BrickCon is a private convention and public exhibition for adult fans of LEGO, and will be held October 1-4, 2009 in Seattle, Washington at the Seattle Center Exhibition Hall.

BrickCon is the longest continuously running LEGO fan convention in the US. Last year’s convention drew more than 250 attendees from all over North America and Europe, with a significant contingent from Billund, Denmark.

As in years past, I’ll encourage those of you who haven’t been to a LEGO convention (or BrickCon specifically) to check out our past coverage of Brickcon here on The Brothers Brick and look through the photos in the BrickCon group pool on Flickr.

Highlights of last year’s BrickCon included the ChiefLUG BSG Viper Fly-In, the announcement of 10193 Medieval Market Village, and our very own Zombie Apocafest 2008. 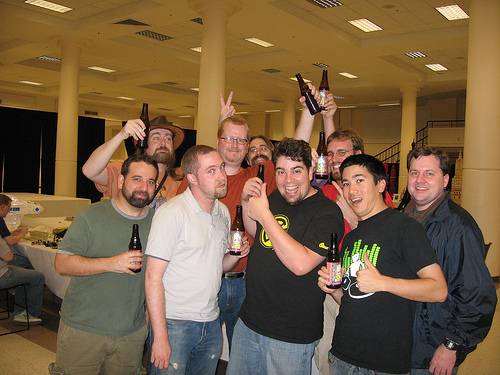 LEGO conventions are also a good place to learn that LEGO fans don’t all look like their sig-figs in real life.

With an emphasis on a relaxed fan convention experience, BrickCon is a great way to sit back and get to know all those fellow LEGO fans you’ve only met online — an opportunity to talk about something other than LEGO, in some cases. That’s not to say that the public exhibition isn’t an awe-inspiring spectacle. BrickCon 2008 drew over 7,000 visitors in the 8 hours open to the public on Saturday and Sunday!

This year’s theme is “Imagination in Motion!” and looks to be even bigger and cooler. So, what’re you waiting for? Register today!