Apparently, StarWars.com is getting all the exclusive details about the upcoming 2009 LEGO Star Wars sets. I didn’t notice when I blogged 7754 Home One Mon Calamari Star Cruiser, but the site also has articles about 7753 Pirate Tank and 7778 Midi-scale Millenium Falcon.

From the Clone Wars animated TV series, 7753 Pirate Tank could be at home in the 2009 LEGO Space Police theme. 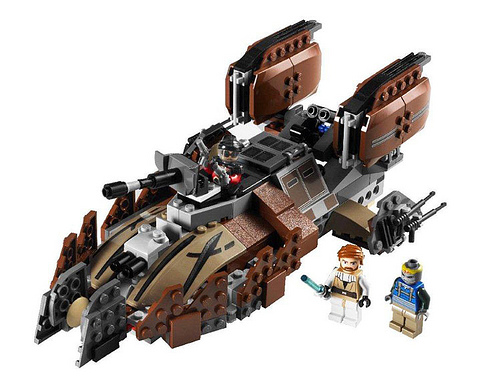 The pirate figs (Hondo Ohnaka and Turk Falso, apparently) look unlike any other LEGO Star Wars minifigs I’ve ever seen. 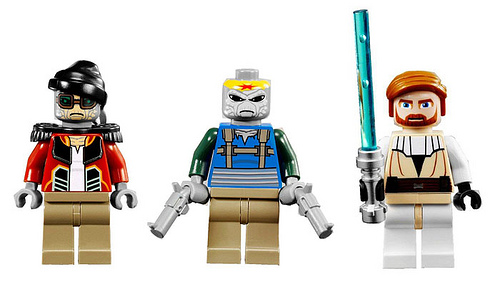 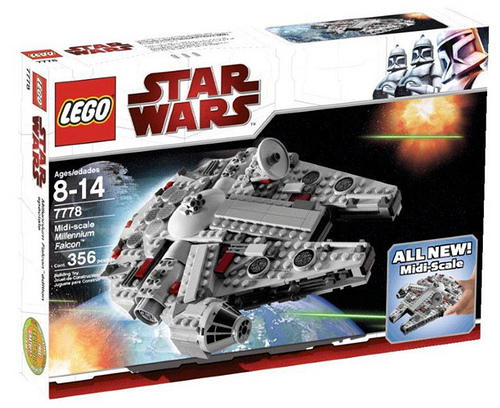 Read the interviews with Jens Kronvold Frederiksen in the articles about the Falcon and tank on StarWars.com.