The recent Beijing Olympics — and NBC’s coverage of them here in the U.S. — painted a picture of the People’s Republic of China as a veritable utopia of modernism in harmonious balance with ancient tradition.

In this vignette depicting alleged organ-harvesting of Falun Gong detainees, Rocko suggests that the truth may not be so pleasant: 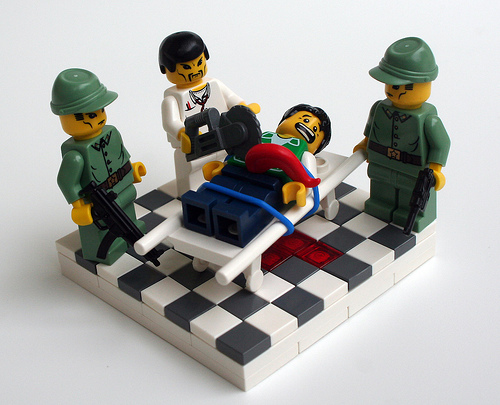 You can read more about this issue in the surprisingly well-sourced Wikipedia topic.