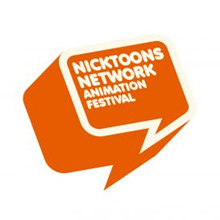 Nickelodeon and LEGO are teaming up to host the “Built by Me” LEGO movie contest as part of the Nicktoons Network Animation Festival.

For your 2-minute (or less) movie animated with LEGO, you could win up to $25,000. w00t! Although Nicktoons is a kids’ network, I’ve taken a look at the rules, and the contest seems open to everybody.

Are you a budding LEGO Filmmaker? Show off your talent by creating an animation using your LEGO brick collection! We’ll pick our favorite to be shown live at the Nicktoons Network Animation Festival in Los Angeles in October, and play it on www.nicktoonsnetwork.com/nnaf and LEGOclub.com. Plus, the Grand Prize winner will receive $25,000 to create an all-new animation for Nicktoons Network!

GRAND PRIZE: The “Built By Me” Movie Award!
The Grand Prize winning animation will be showcased at the Nicktoons Network Animation Festival and online. The winner will also receive $25,000 (twenty-five thousand dollars) to create a brand-new original animated short for Nicktoons Network using LEGO bricks and minifigures!

CONTEST DETAILS
Create an original animated short 2 minutes long or less and send it to us. Entries must be submitted between July 15 and September 15 2008. All shorts must feature LEGO bricks, and you must own the rights to any music, sound and dialogue featured in your video.

Contest is open to all ages. There are 2 categories: 17 and under, and 18 and older.

To enter the “Built By Me” Movie Contest you’ll need to download and complete the Entry Form and send it along with your animation.

WHERE TO SEND YOUR ANIMATION
Send your entry to:

Click here for contest details, rules & regulations, and movie-making tips to help you create your video!

ABOUT THE EVENT
The Nicktoons Network Animation Festival is back for its 5th year! Founded in 2004 to showcase the diversity of worldwide animation filmmaking, The Nicktoons Network Animation Festival is the largest multiplatform animation festival in North America. The festival features the best animated shorts from around the globe. Shorts selected for the festival have the chance to make it on-air, online and to be showcased at the live event in Los Angeles in October, 2008.