Japanese hobby magazine Figure King has featured alternate models for Exo-Force sets ever since the theme was first released in Japan, and the alternate models have been fairly popular with Japanese LEGO fans (at least the ones with blogs I read).

Anime director Shoji Kawamori has designed two “Van-Force” models, which you can read about and see pictures of here on The Brothers Brick. All along, Mr. Kawamori has worked with Japanese Master Builder Kazuyoshi Naoe (who also worked on the Pieces of Peace exhibit). 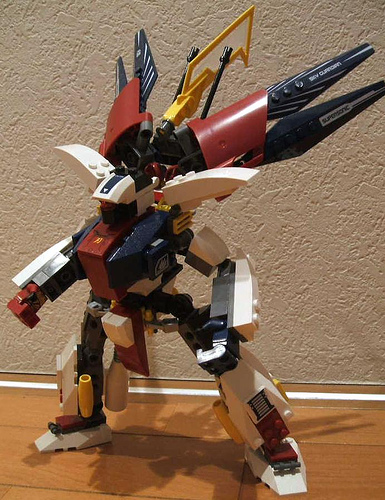