Each minifigure you get in a LEGO set usually consists of six components:

Arms, hands, and the torso always ship as one piece, as do the leg and hip parts. LEGO usually also includes headgear of some sort — a hat, helmet, hair, bandanna — something to cover that little bald stud! Finally, no minifig would be complete without accessories — tools, weapons, and so on. The old construction worker from the 1980’s is an excellent example: 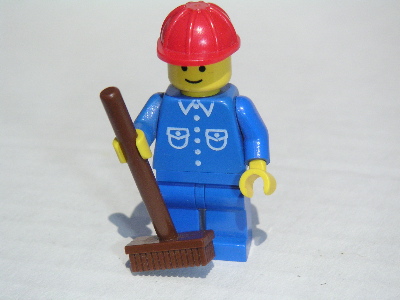 But by taking apart the “default” minifig, you can do nearly anything. Here’s one of my recent favorites: 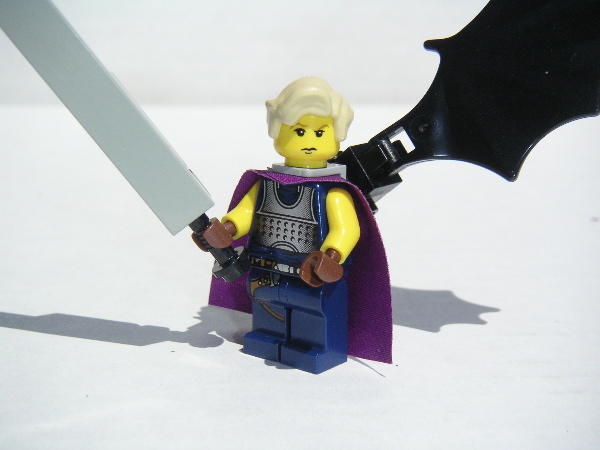 That’s Cloud Strife from the game Final Fantasy VII, as he appears in Kingdom Hearts. To create Cloud, I used Gilderoy Lockhart’s hair, Draco Malfoy’s head, and a purple cape from the Harry Potter line; Han Solo’s legs and Bib Fortuna’s torso from the Star Wars line (with Bib’s arms replaced with yellow arms and brown hands); a custom wing assembly I borrowed from my own flying Fury design; and a Buster Sword I created using three very basic parts.

Here’s the game art I used as the basis for my design: 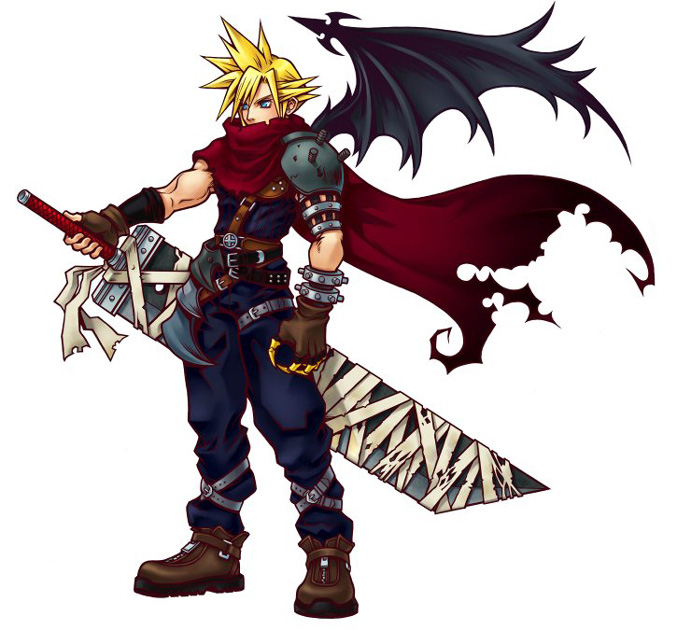 I was fairly pleased.