In 2003, a bold new reality TV show was making major waves. Originally called Queer Eye for the Straight Guy, it followed five gay men as they provided a full lifestyle makeover to straight guys in need of a fresh take. After a massively popular start, the focus on only heterosexual males was dropped. Eventually the show ran its course, but as you may already know, Netflix rebooted Queer Eye in 2018 with an entirely new “Fab 5” cast. Even more successful than the original, it has now won multiple Emmy awards. The creative, playful show seeks to celebrate love, expression, and acceptance, not only for others, but yourself as well. Its values are echoed by the LEGO Group, which decided to honor the series with LEGO Creator Expert 10291 Queer Eye – The Fab 5 Loft. Joining a growing subtheme of TV-based sets, this is the first reality show appearance. 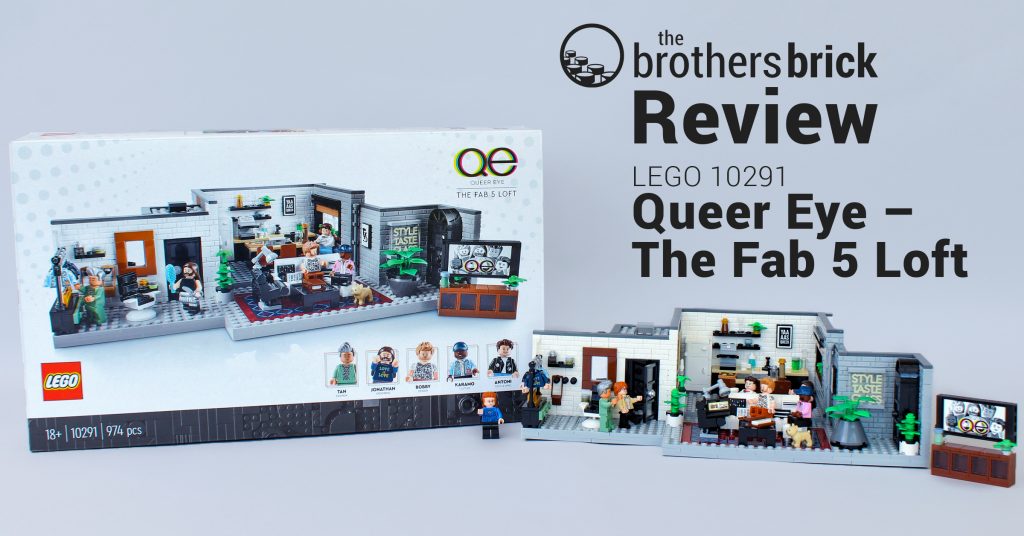