Johnny Thunder is a theme that always had my interest. He was LEGO’s Indiana Jones before they started producing licensed sets. Johnny has seen it all. From Egypt to the jungle straight to Dino Island. He even went on an Orient Expedition. Ruben Ras shows us an update for LEGO set Sphinx Secret Surprise. Ruben’s rendition of this set is instantly recognizable. Everything is there! The Sphinx, the tent, the desert car, and the obelisk covered in brick-built (!) hieroglyphs. As if that were not enough he even swapped the raised base plate for a brick-built base. Of course, this ‘set’ comes with all the main characters: Baron von Barron, Dr. Charles Lightning, Johnny Thunder, Lord Sam Sinister, Miss Gail Storm, Pharaoh Hotep, and a skeleton mummy. Every single character got an update. The best thing about this has to be that not a single sticker was used. 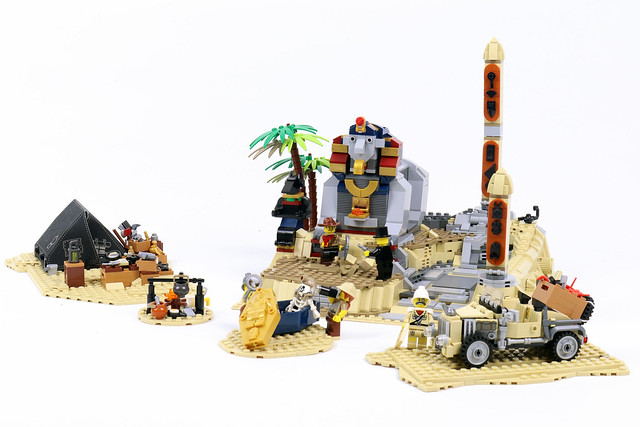