Beyond Japan, Yōkai are often assumed to be demons, but the word actually translates as “strange apparition” and these mystical spirits are not always malevolent. Having said that, Rockmonster2000‘s LEGO yōkai figure looks pretty mean! The stance, the stare, that weapon — they all strongly suggest this beastie is about to unleash some diabolical mayhem. There’s quite the mix of parts involved in this character — I spy regular System bricks, Technic panels, and Bionicle and Knights Kingdom pieces. That braided piece of clothing around the midriff looks like a shoelace to me — I do hope it’s an official LEGO one from 10282! My favourite detail though, that has to be use of the bucket-handles as clasps on the sandal buckles. Lovely stuff. 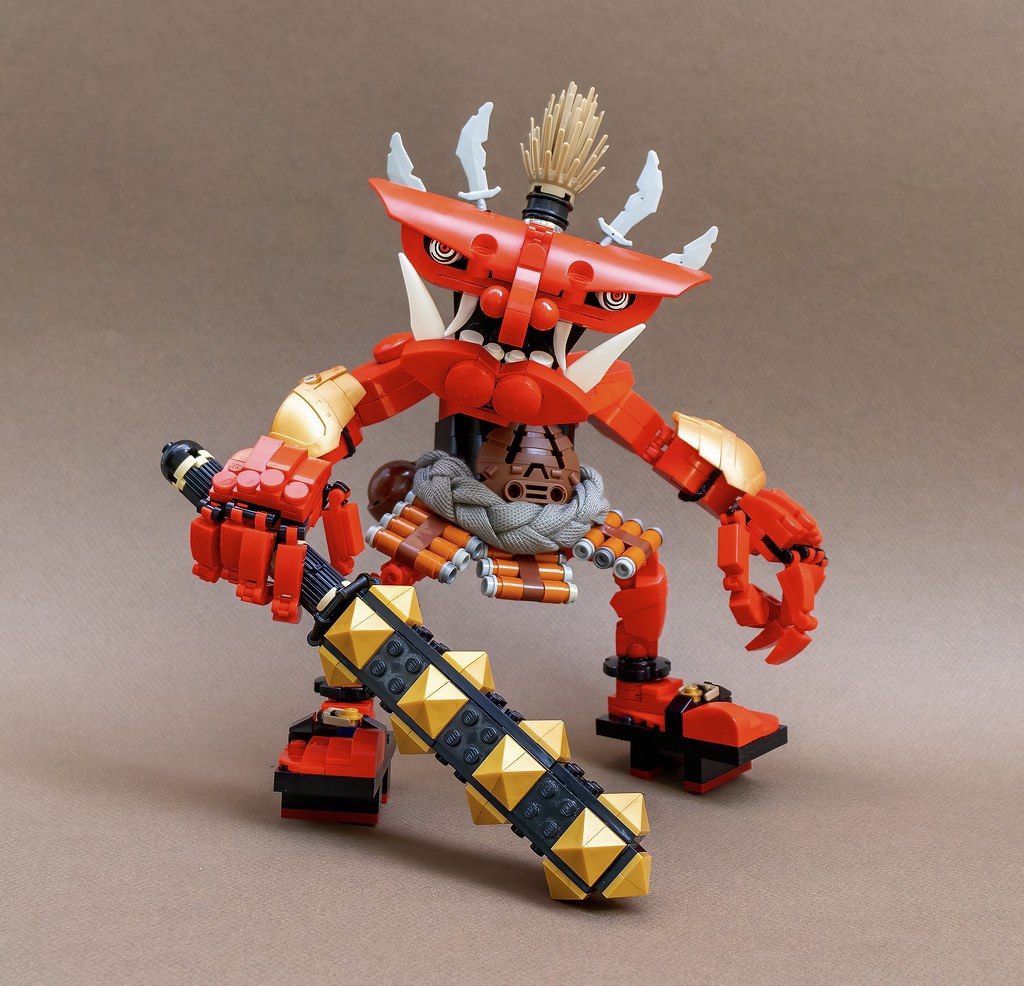 Here is a toxic sludge LEGO Bionicle figure built by Rockmonster2000. It’s here to cramp your style, chap you hide, harsh your mellow, or whatever it is they do with toxic nuclear sludge nowadays. This villain is just oozing with personality! It may not be the personality that’ll win over the nuclear safety inspector but it’s personality nonetheless. Where’s the Toxic Avenger when you need him? 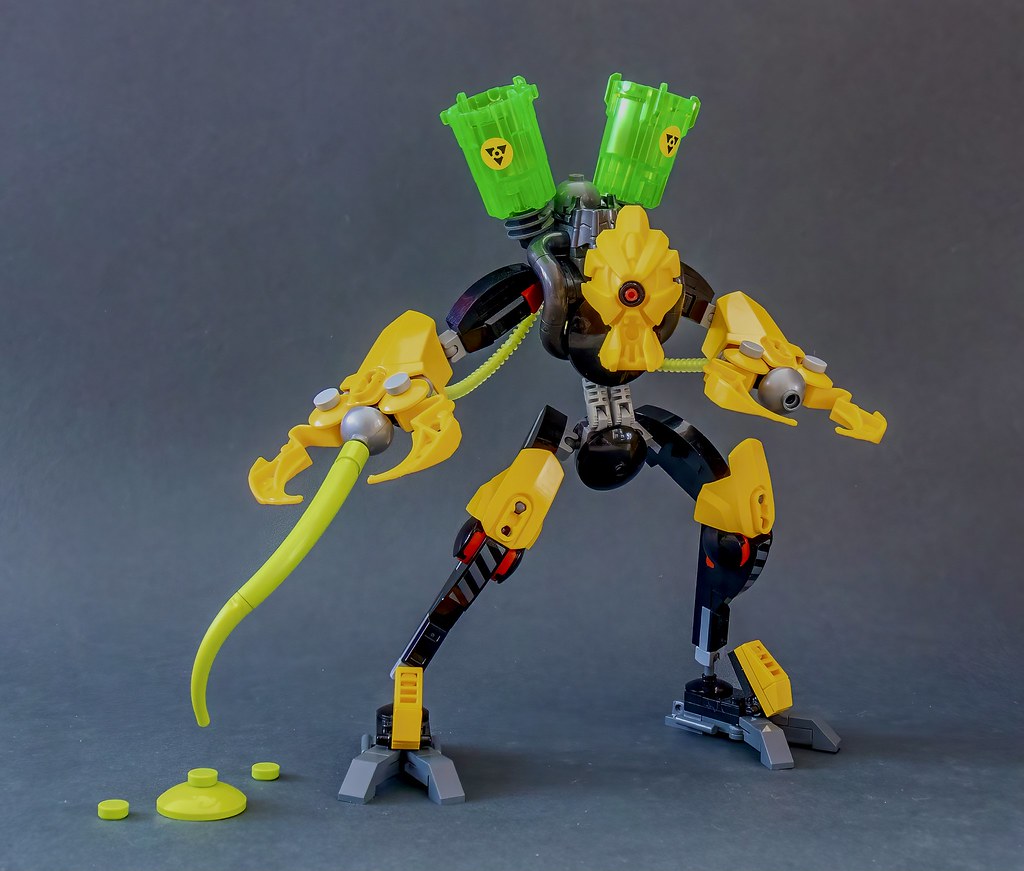