Many LEGO fans talk about hunting for their white whale – that one set they’ve been searching for all their lives. This is, of course, an allusion to Captain Ahab’s ultimately fatal obsession with finding an actual white whale in Moby Dick (do 168 year old books need spoiler warnings?). It would seem that that fairy tale whale is still out there hunting ships, as Oliver Becker demonstrates. 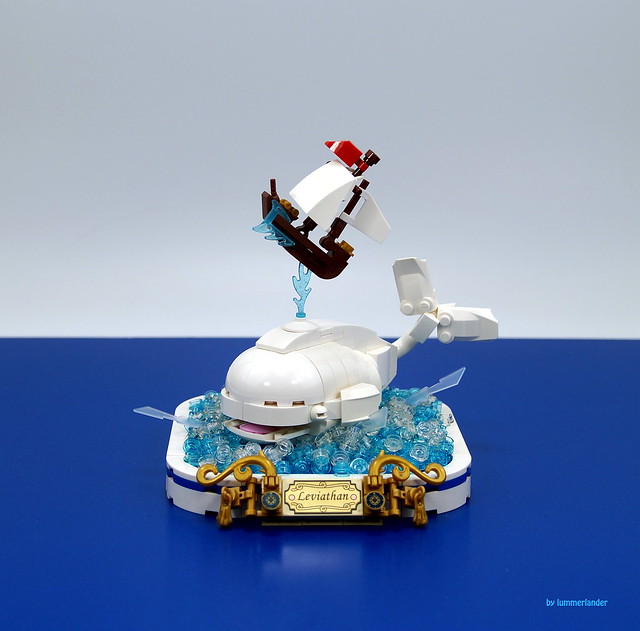 Has the white whale grown to such an immense size to dwarf the ship? Or is she a regular-sized whale and it’s the ship that’s actually tiny? We’ll never know for sure, but we do know that there’s some excellent parts usage at play here. Dead center in the frame of the shot is a white lever base, expertly used as the whale’s eye. I really love the swords with jagged edges used to create a splash – those few parts convey the creature’s movement. And it’s a big splash, so maybe it really is a larger-than-life whale.