We’ve seen a number of LEGO versions of Iron Man’s suits over the years. One that doesn’t get nearly enough love, though, is the Mark III. That’s the iconic suit at the center of 2008’s Iron Man, the film that really kicked off the MCU. It was the first red and gold version, and it really did feel like it had stepped off the comic book page and into reality. Happily, Logan W. has come to the rescue with a cool take on the design. 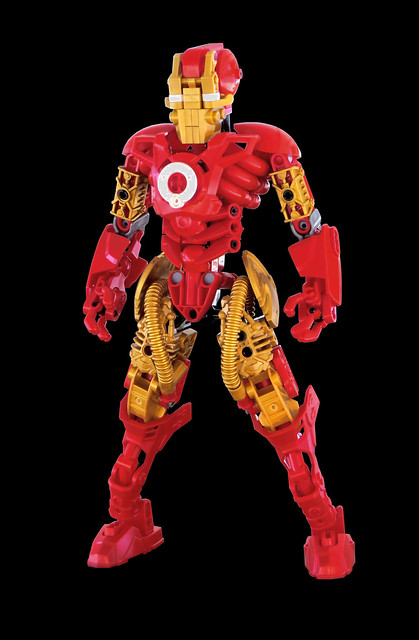 According to the builder, this creation was the result of playing around with the elements LEGO has released in gold. After finding the right pieces for the helmet, it only made sense to continue on with the rest of the suit. I love the Bionicle part usage in the gold Toa Metru Knee Covers on the upper arms, and the Bohroks shields at the waist. Hero Factory parts also factor in heavily, including the central breast plate. But the part that made me grin the most was the life preserver used to represent the suit’s ARC reactor. All in all, this is an instantly recognizable take on a classic character.