You don’t have to be hip on the Final Fantasy games and/or Irish mythology to appreciate this new LEGO render by Daniel Vermeir called Mag Mell’s Gatehouse. A moment ago, I was hip to neither, but you’d be surprised how a little Googling can save and/or destroy your journalistic integrity. In the Final Fantasy Crystal Chronicles series Mag Mell is home to carbuncles, creatures that live for thousands of years and have extensive knowledge of the world around them. But according to Irish mythology, Mag Mell was a pleasurable heathen’s paradise that can be reached only through death and glory. It’s sort of like Plato’s Retreat except with fewer stains on the shag carpeting. Regardless of where this creation takes inspiration from, I really love its eerie, dilapidated watery goodness. 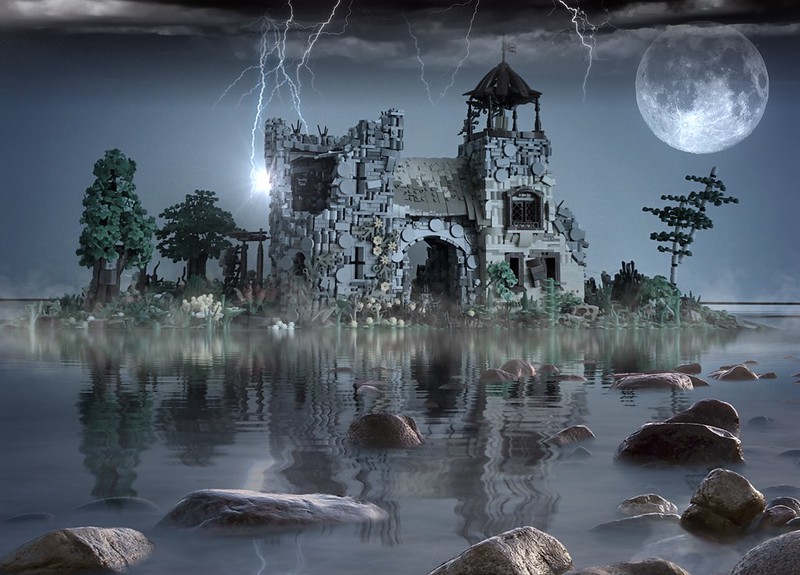