There’s no doubt that one of the stand-out characters from Disney+’s hit show Loki was the adorable Lokigator, a reptile-based variant of the mischievous title character. Although he was only in one episode, Lokigator obviously struck a chord with builder Claudio Tavella, who drew inspiration from both the show and LEGO set 76190 to give us a Mech Lokigator. As a digital adaption of the Iron Monger set, this mean machine is loaded with tons of weaponry, as well a chest-based cockpit for any additional Lokis to pilot. He Who Remains might think he knows everything that’s going to happen, but I’d love to see how he handles this beast coming through the door of the Citadel at the End of Time. 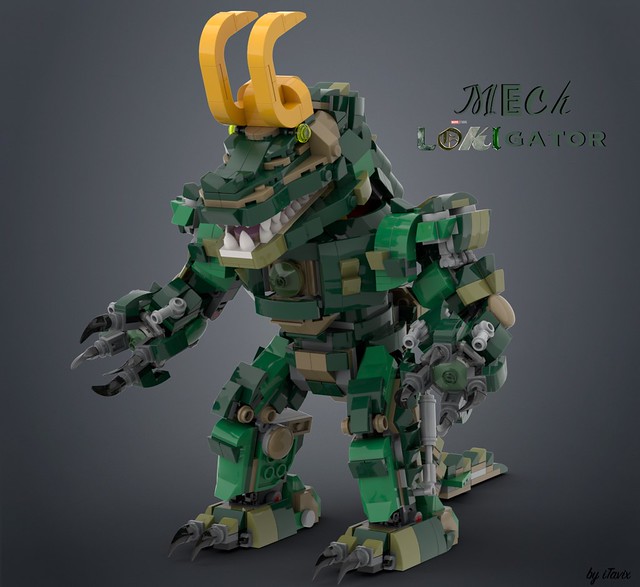 Don’t miss more of the LEGO Loki cast that we featured recently, too!