Certainly, if anyone saw a real hammerhead shark, they would stop whatever they were doing out of fear, but imagine seeing this guy? Dylan Mievis’s hammerhead shark figural LEGO build is surely fear and nightmare-inducing. 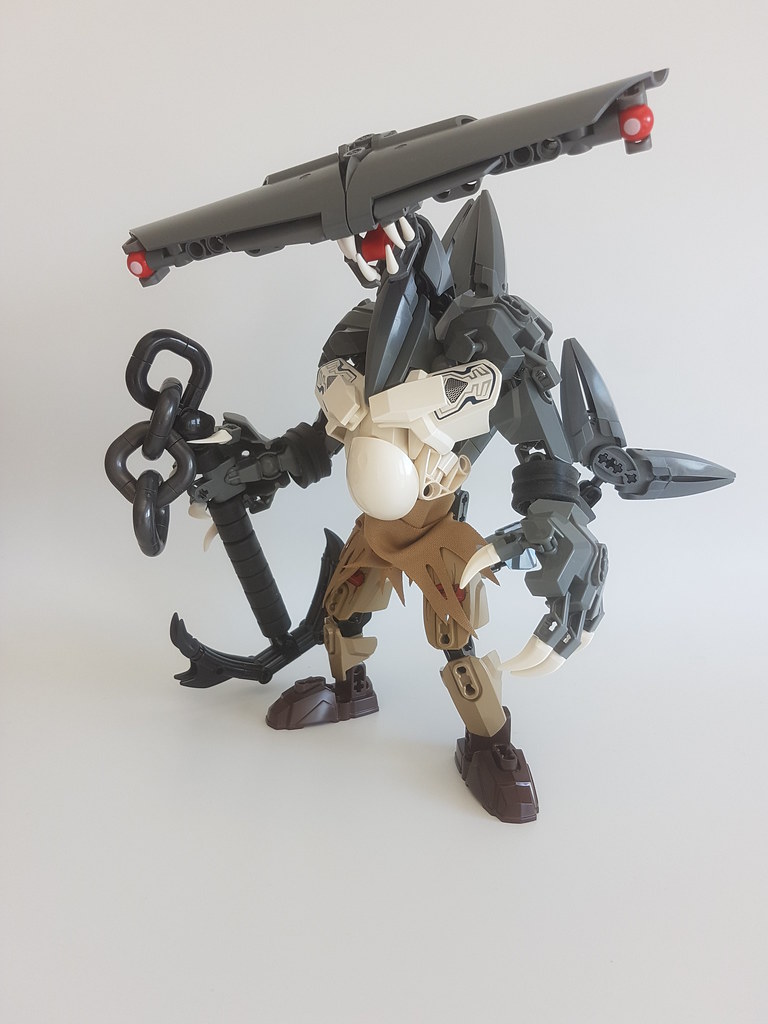 Mievis mainly utilizes LEGO Technic elements from the Bionicle, Hero Factory, and Star Wars buildable figure lines to shape this muscular anthropomorphic hammerhead shark. Ball and joint elements allow for articulation, while various armor pieces including the shoulder plate serving as the shark’s midriff create a heavily shielded aesthetic. Some small elements more commonly found, such as claw pieces and the printed voodoo ball elements used for the eyes, are also featured in this build. Shark week isn’t for a while, but this model gives us enough of a scare to hold us over.